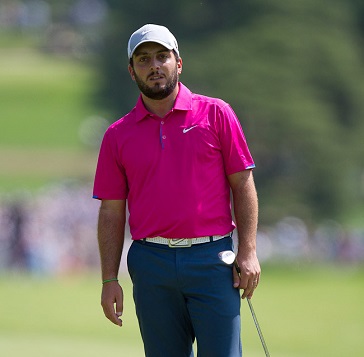 The final day of the 2019 Masters proved to be the stage for one of the most dramatic comebacks in sports history last weekend as Tiger Woods won his first major championship in over a decade.

It was 2008 when Woods last won a green jacket, but his 15th major title will probably be one of the sweetest. However, for every winner, there has to be someone who misses out. Francesco Molinari proved to be that man on Sunday afternoon at the 2019 Masters in Augusta.

Having only dropped one shot in his previous 65 holes, Molinari, 2018 Open Champion and hero of the 2018 Ryder Cup, looked to be on course for another major victory. However, disaster struck on the 12th hole as Molinari’s tee shot came up short and ran into the waters of Rae’s Creek.

After carding a double-bogey five, Molinari appeared to recover, but when his tee shot at the 15th also found water, he slipped out of contention and eventually finished with a share of fifth place.

Molinari remained gracious in defeat, despite coming so close to securing another title.

“It's great to see Tiger doing well,” he said. “The way he was playing last year, I think we all knew it was coming sooner or later.

“Maybe next time would have been better for me, but it was nice to be out with him, he played well, hit the right shots at the right time and he deserved to win.”

“You cannot open the door to those kids of great players,” Molinari’s caddie Pello Iguaran said. “So you see what happens.”

Rae’s Creek is an infamous trap in the world of golf. In 2016, Jordan Spieth fell victim to the hole, registering a quadruple-bogey seven on the final day to allow Danny Willett in.

For Molinari, the opportunity was one to learn from and come back even stronger next year.

“From my point of view, it’s just a step along the way,” Molinari said. “I think it wasn’t my day today. That ball on 12, if it is one yard further left it goes in the bunker (instead of the water). The third shot on 15, it could easily have not clipped the tree. Sometimes it’s your day. Sometimes it isn’t.

“I’m really happy of the way I felt out there,” he continued. “I was calm, collected, never panicked - even after the first double bogey. I learned a lot of things today.

“I did a few things I wish I had done differently now, but I learn from my mistakes. Next year I will come back and it won't be the case where I have never played well here before.”

Sports writer Grantland Rice once said that it’s not whether you win or lose but how you play the game.

Molinari’s class in defeat showed the qualities of a champion and will inspire young golfers around the world. For his powerful communication on the importance of accepting defeat in a manner befitting of the sport, Francesco Molinari is JTA Communicator of the Week.