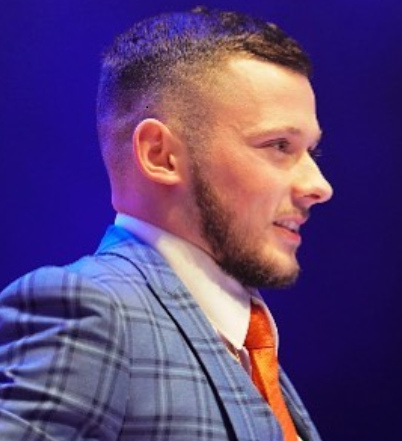 Opening up about the effects of being bullied is one of the hardest things any young person has to face.

Yet, that is precisely what European and Commonwealth gold medallist gymnast Dominick Cunningham did recently as he talked about the importance of self-motivation in sport.

Speaking to BBC Sport, Cunningham said he was called “gay” because he did a “girls’ sport” and used to hide under a blanket in his mother’s car outside school as he didn’t want to face going in.

Even through the bullying in school, the 23-year-old did not give up, and won big at the European and Commonwealth Games earlier this year.

Cunningham has also been selected for his first FIG Artistic Gymnastics World Championships, which take place in Doha from 25 October - 3 November.

However, the journey to the top is rarely a smooth ride, and Cunningham had to deal with bullying from an early age.

“I was only about 9 or 10 years old at the time and I didn't want to go to school because people were calling me names because of what sport I did.

“I felt humiliated really. I remember just coming home and crying about it.

“My mum didn't know what was going on but when I told my parents they understood and said 'you need to be strong'.”

As his body developed from all the training, Cunningham was able to stand up to the bullies but stressed how easy it is to “break a person” from constant torment and that’s why a lot of young male gymnasts drop out of the sport.

Cunningham is confident that the times are changing since he was a child and that the prejudices once held are diminishing. He thinks that people now look at male gymnasts and admire them for their strength and not as an athlete practicing a “feminine” sport.

Now, Cunningham visits schools and gymnastics clubs hoping to inspire children to fulfil their potential just like he did.

“All that rubbish in the past, it's made me the person I am today.

“I'm a lot stronger now, number one in Europe - and I'm not stopping here either.”

Cunningham hopes to continue his remarkable 2018 this week in Doha. After gold in the men’s team all-around event and bronze in the vault at Gold Coast 2018, the Birmingham-born gymnast surprised many by securing gold in the floor exercise discipline at the Glasgow 2018 European Championships.