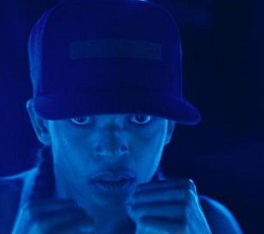 It is often easy to take for granted the freedom to play sport whenever, wherever and with whoever you like.

But growing up, Somali boxer Ramla Ali never had this luxury. For Ali, even just getting to the ring was as gruelling as a 12-round championship fight.

Ali and her family fled the Somali capital Mogadishu in the early 1990s, when she was still a toddler. The country was becoming increasingly dangerous due to the ongoing civil war, and after her elder brother was tragically killed during an explosion, the family escaped and eventually found refuge in the UK.

After enduring an unimaginably difficult start to life, it is perhaps fitting that Ali chose the path of a fighter. Now, with hopes of Olympic gold at Tokyo 2020 on the horizon, Ali is using her platform to encourage more young, Muslim women to take up sport.

“I’d love more Muslim women to get into sport, because you just don’t see them. I know what they feel like because I felt like that when I was young.”

When Ali first started boxing in the UK, she had to keep it a secret from her family. She knew her family, particularly her mum, would disapprove. She knew that they would say it would bring shame on their family in the Somali community. Speaking to the BBC, Ali spoke about how she won British and English boxing titles without her family even knowing she was competing.

“I remember giving my kit bag to my coach and saying: 'I will meet you there later'. I said: 'Mum, mum, I'm going out for a run, I'll see you soon' - and all the while, I was going to compete nationally. Those are the lengths I had to go to.”

Eventually, Ali’s family discovered her secret and as expected, tried to get her to quit. She recalls coming in from training one day to find her family gathered in the front room of their house.

“I thought: 'What's going on here? We never sit down as a family' and they were like: 'Look, you need to stop. Why are you showing skin? A Muslim girl shouldn't be doing this, it's a man's sport - what's the community going to think?'”

However, earlier this year, Ali spoke powerfully about her passion for boxing in an interview with a Somali news channel. After the interview, her uncle messaged her to say: “I’m so proud of you, what you are doing is amazing and it breaks my heart that you have done it in secret for so long. Don’t worry I’m going to talk to your mum and tell her it’s a good thing not a bad thing.”

Since the interview, Ali told has been inundated with messages: “Every day I am getting messages from people saying: 'You are doing incredible things for our country, you are raising awareness for our country, a country that has been associated with war and famine for so long, so you are bringing a positive light to the country - thank you so much'.”

Even Ali’s mum has now changed her mind, realising the profound impact her daughter’s journey is having on a country in desperate need of some inspiration: “If she loves it, then I love it. If she wins Olympic gold, I would be so happy.”

If Ali qualifies for Tokyo 2020, she will be the first-ever Somali boxer at the Olympic Games. But her impact in sport has already gone far beyond that. She has become a role model for young, Muslim women all over the world, communicating the importance of them being given the opportunity to partake in sport. Her dedication to this incredibly worthwhile cause makes Ramla Ali JTA Communicator of the Week.