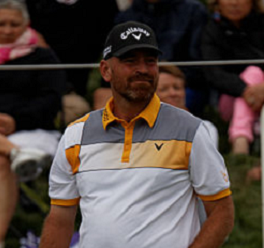 The emphatic leadership of Danish golfer Thomas Björn ensured that Team Europe regained the Ryder Cup on Sunday 30 September, overcoming one of the best American line ups of recent times to record an outstanding 17½ - 10½ win.

Björn made all the right decisions on his road to victory. His wildcard selections raised a few eyebrows, especially that of Sergio Garcia, whose down year included missing the cut for every major in 2018. However, after winning three of his four matches, Garcia became the highest Ryder Cup point scorer in history with 25.5 points from his nine appearances in the competition.

Björn now emerges from Le Golf National with a deserved level of credit and admiration. His experience as a winning Ryder Cup captain is something that will undoubtedly stay with him and his team forever.

“This is why [the Ryder Cup] is so great. It binds you together,” Björn said following the victory. “The players now have something they have done together. They are serial winners in their own lives and experience a lot of success. But this moment, what they had with each other, will stay with them for life.”

Björn successfully harnessed the individual talents and unrivalled European spirit in record-breaking fashion. The Danish skipper’s pairings proved inspired, epitomised by Francesco Molinari and Tommy Fleetwood, who became the first European pairing to win all four of their matches in one contest. Fleetwood was the first rookie in history to win his first four clashes, while Molinari went on to win all five of his matches, the first European to do so.  It was the overall togetherness of the European team that was more apparent than that of their American counterparts.

“When I think about motivation, what makes people work hard, what makes them stay up really late, I don’t just think about the individual incentives. I also think about the relationships,” Björn continued. “People feel connection to others - to teachers, to peers, to co-workers - and those connections, and the understanding of what is happening within the fabric of those relationships, is crucial to creating meaning in that work, and carrying through the collective effort.”

Björn proved that picking the correct partnerships based on relationships is pivotal for Ryder Cup, and team, success. His tenure as captain will be forever remembered as one that emphasised the importance of social connections and it is a role that he thoroughly enjoyed.

“I enjoyed it a lot,” he said. “The conversations you have with the players, individually and as a group. That is what will stand out for me, more than the stuff people see. Standing in front of Rory McIlroy and Justin Rose, and talking about how you see it . . . Some personalities work better than others. It is not just about how they are as people; it is where they are in their careers. All these factors make a difference at a particular moment in time. You have to work with all of that.”

For successfully highlighting that togetherness, passion and commitment in sport can prove more powerful than individual talent alone, Thomas Björn is JTA Communicator of The Week.