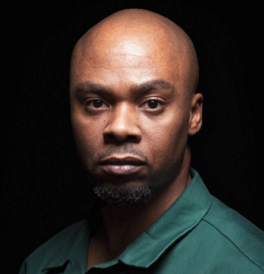 In the United States alone, there is a wrongful conviction rate of 1%, meaning that 20,000 Americans are behind bars for crimes they did not commit. This week, sport played a key role in the release of one such prisoner, Valentino Dixon.

Dixon had always maintained that he was not responsible for the 1991 shooting of a 17-year-old in Buffalo, New York, despite being found at the scene of the crime. Nonetheless, he was sentenced to 39-years-to-life in the infamous Attica Correctional Facility.

After serving 27 years of that sentence, Dixon was finally declared innocent on Wednesday 19 September.

“It's the greatest feeling in the world," Dixon said as he walked free. “I've been waiting 27 years for this.”

Dixons improbable path to freedom began 20 years ago when he picked up the pencils sent to him by an uncle and began drawing golf courses in his maximum security cell.

“The guys [in prison] can’t understand,” Dixon said. “They always say I don’t need to be drawing this golf stuff. I know it makes no sense, but for some reason my spirit is attuned to this game.”

Although Dixon has never hit a ball or even stepped foot on a course, the game hooked him. Drawing holes offered him escapism and a sense of ease that little else behind bars could.

“After years in Attica Correctional Facility, the look of a golf hole spoke to me,” said Dixon. “It seemed peaceful. I imagine playing it would be a lot like fishing.”

Dixons extraordinary talent for drawing iconic holes, such as the 12th at Augusta National, brought his case to the attention of journalists at Golf Digest in 2012. It took around a hundred drawings before they noticed, but when they did, they also noticed the evidence leading to his conviction seemed flimsy.

Dixon demonstrated that during the times when it feels like the world is against you, you must never give up hope. Something as simple as drawings can ultimately help achieve justice.

“Lesser men would’ve broken. With his mind and body intact, Dixon hopefully has some good years ahead. Maybe he’ll even take up golf.”

Dixon will never get the 27 years back he lost behind bars, but he will undoubtedly act as a source of inspiration and hope for the alarmingly large number of wrongly convicted ‘criminals’ around the world.

For his patience, resilience in the face of adversity and for proving that sport in whatever capacity can change lives, Valentino Dixon is JTA Communicator of The Week.