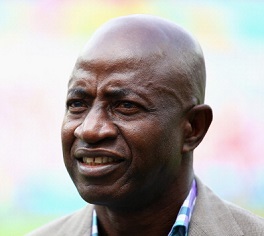 Former international footballer Segun Odegbami has highlighted the powerful positive impact sport can play in the lives of black people all over the world.

Considered one of Nigeria’s greatest players, Odegbami is in the running to become governor of Ogun State in 2019, and this week spoke of the transformational effect that taking part in sport can have, not just in relation to personal enjoyment and benefit, but more how it can bring about significant global change.

Odegbami’s talents on the pitch quickly elevated him to the national team but in 1976, Nigeria, along with 17 other African nations, dramatically chose to boycott the Montreal Olympic Games in protest of New Zealand’s visit to South Africa during apartheid.

“The departure of black Africans hit the Games and the world very badly,” Odegbami said in an interview with The Guardian. “It accentuated the fight against apartheid and many years later played the biggest role in its final abolition.

“Sport did what decades of United Nations meetings, sanctions and policies could not do. It gave black people in Africa an effective muscle that they could not muster in any other way, and a window into new possibilities into the future.”

Then in 1995, at the opening match of the Rugby World Cup in South Africa, Nelson Mandela united sports fans across the country in one of sport’s most iconic moments. Wearing the Springbok’s green rugby jersey, seen by many as the symbol of apartheid, Mandela shook hands with captain Francois Pienaar as the crowd broke into chants proclaiming the President’s name. In that moment, sport broke down barriers and changed the course of South Africa’s history.

“It was so significant, the world changed at that moment,” Odegbami continued. It marked a turning point, brought about by the small act of one man using the power of sport to unite his people.”

Odegbami is passionate that these moments are not confined to history, but that they inspire future generations to strive for social equality.

“Sport is not just an instrument of unity. Taken further down the lane of creative thinking it could be the greatest catalyst for the emancipation of the black person on earth from the prison of mental enslavement that has held him back for 650 years.”

He quotes Nelson Mandela’s immortal words: “Where the rules of the game are the same for everyone and behaviour is guided by fair play and good sportsmanship, sport has the power to change the world.”

Odegbami’s quality on the pitch inspired millions of young footballers all over Africa and across the globe, but his words will serve as a reminder that sport can drive social innovation. His passion and conviction for promoting equality makes Segun Odegbami JTA Communicator of the Week.