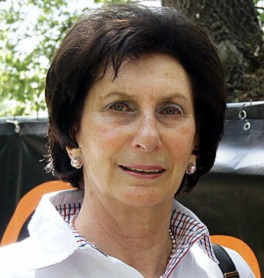 The Olympic Movement and world of athletics are mourning the loss of one of their greatest ever ambassadors this week: Irena Szewińska.  An exceptional athlete, a passionate advocate and a dedicated sport’s administrator, Irena is already greatly missed the world over.

Szewińska’s pedigree in the world of track and field has left a lasting legacy on the sport. During the 1960’s and 70’s, she claimed seven Olympic medals, and a further five European Championships to become (and remain) Poland’s most decorated athlete. She was also a 10-time world record holder and was the only athlete, male or female, to hold world records in the 100m, 200m and 400m sprint.

It is clear that both on and off the track, Szewińska communicated a genuine passion for sport, inspiring all those around her.

Sometimes the success of a communicator should not be measured by what a person says, but by the things they do. And then how these actions go on to inspire others.

We often hear the phrase, “actions speak louder than words.” And judging by the heartfelt messages of sorrow from all corners of the world, the understated Szewińska epitomised this phrase. The esteem to which she will forever be held, the legacy she has left, and the inspiration that will endure, are clear evidence that she was not only the greatest Polish athlete of all time, but also one of the Olympic Movement’s most inspirational communicators.

IOC President Thomas Bach spoke of his sadness at the loss of Szewińska, saying:

“As an IOC colleague, she impressed everyone with the quiet confidence that comes from an inner conviction and balance. You could always rely on her advice and support. She passionately believed in the power of sport to make the world a better place. Irena and her gentle soul, will live on forever in our hearts.

“Irena dedicated her whole life to sport. In everything she did, she was a role model for others with her gentleness and modesty. This is what made Irena such an inspiration to athletes and women around the world.”

"What unites us today is a great tribute we want to give to the one who gave her whole life to make Polish sport full of light. She was a big hope for Poland in difficult times, not just for athletes, but for all Poles, and for that we are very grateful to her."

These fitting tributes reflect the influence of an individual who dedicated her life to sport and became a source of inspiration for women around the world. Whilst her loss will be felt greatly all around the world, so too will her enduring legacy. Irena Szewińska is the JTA Communicator of the Week.