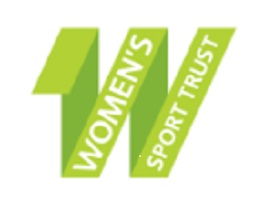 Over the last decade, there has been a spectacular rise in female presence and success in sport as various global campaigns have empowered women worldwide and provided them with a platform to get active. However, the crossover into following, supporting and discussing women’s sport in a broader sense has yet to be realised. Step in Women’s Sport Trust.

Since its founding in 2012, Women’s Sport Trust has been committed to raising the visibility within women’s sport by using their strong media partnerships to allow fans to engage with the successes of female sporting stars. This week, the British-based charity took another step towards reducing gender inequality in sport by teaming up with broadcasting giants Sky Sports to launch the #ShowUp campaign.

#ShowUp is focused on encouraging people to “show up” and support women’s sport by watching, attending or playing more consistently. Too often, the achievements of female athletes/sports teams are not as broadly recognised or widely spoken about as their male counterparts. #ShowUp endeavours to change this.

The campaign initiatives aim to ensure that future successes of female athletes are translated on a wider scale so that sports fans can develop a much deeper understanding of women’s sport in general. Sky Sports plans to give away 5,000 tickets to women’s sporting events throughout the year in order to allow fans to watch female stars first-hand and ultimately boost engagement and participation. Thousands of #Showup hairbands have also been distributed across Britain to raise awareness of the campaign, whilst sporting stars and fans alike have taken to social media to share their experiences using #ShowUp.

Tamsin Greenway, England and Wasps netball star, is one of many advocates for the campaign:

“That's what this campaign is about: starting a shift in our culture by saying ‘go and watch your local team, follow them and support them’ and hopefully developing an environment in which people engage with women's sport in a much deeper way.”

For its continued efforts in reducing gender inequality in sport and for innovatively creating a new platform that drives engagement in women’s sport by encouraging people to #ShowUp, Women’s Sport Trust are JTA Communicator of the Week.