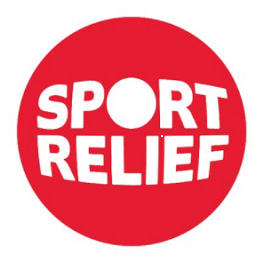 The power and influence of sport was highlighted once again this week through the return of UK-based charity initiative Sport Relief.

Sport Relief, which has aired on the BBC biannually since 2002, combines sport and entertainment to help people all over the world. Not only this, Sport Relief encourages the British public to be active, have fun and raise money to help improve the lives of those in need.

The total amount raised has risen considerably every other year since 2002. In 2016, there was a record breaking £55,444,906 raised via its 2,000 global projects and the total amount is expected to exceed this when announced on the show tonight.

At the heart of Sport Relief is the Sport Relief Mile, which not only raises an incredible amount for charity but also gets members of the general public active. Participants can run, jog, walk, cycle and even swim the mile to support this great cause. More than 400,000 people, including celebrities and former athletes, have taken part in the Sport Relief Mile every other year.

There have also been a number of noteworthy projects that have contributed to the success of the initiative, including David Walliams swimming the Channel, Eddie Izzard running a series of 43 marathons over 51 days and Davina McCall cycling, running and swimming for seven days as she travelled from Edinburgh to London.

Since 2016, the money raised has done incredible things for the lives that need help the most. Over 900,000 people across Africa have been treated with anti-malarial drugs and 3.4 Million people in Africa have been assisted through maternal, neonatal and child health funding. In the UK, 50,000 people living with a mental health problem have also been assisted through their struggles.

The Sport Relief website tells the story of former soldier Kevin, who suffers from chronic post-traumatic stress disorder. He explains how Mayfield Nurseries, a mental health and dementia clinic funded by Sport Relief, has helped keep him alive.

“If it was not for this place, I would be dead. Being here has given me life and something I have not had before. This place gives me something to live for (as well as my family). It is building my confidence back up.”

For its ability to use sport and leisure to help millions of people worldwide, Sport Relief is JTA Communicator of The Week. We are all thoroughly looking forward to a fantastic night of Sport Relief TV on the BBC this evening, and cannot wait to witness the difference that this incredible charity has made once again.