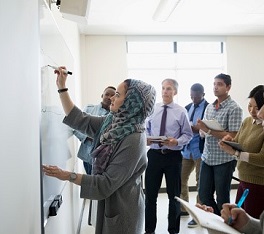 The world of sport had a lot to shout about when International Women’s Day was celebrated on Thursday 8 March, recognising the achievements of women all over the globe.

Sport has the power to transcend boundaries, defy gender stereotypes and ultimately show men and women as equals. Women are more visible in sport today than ever before.

However, there is still a long way to go before we see full gender equality in the world of sport. Girls and women across the world get fewer opportunities, less investment and training when they play sport. Enter the Women’s Sports Foundation (WSF).

WSF is a global non-profit charity based in New York, which focuses on increasing female involvement in sport. The organisation was founded in 1974 by tennis player Billie Jean King and is taking huge steps to help reduce gender inequality in sport. The Foundation provides financial, educational and material support to aspiring athletes through its schemes and initiatives, such as the “Sports 4 Life” grant programme and “GoGirlGo!”.

Deborah Antoine, WSF CEO, expands on the goals of these initiatives:

“WSF programmes aim to fulfil the myriad needs of girls and women in sports, needs that are identified through expert, evidence-based Foundation research. Our programmes help shape healthy bodies, sound minds and aspirations for success on the fields, in the classrooms and in the boardrooms across the country."

The programmes have been a huge success so far. The GoGirlGo! initiative has reached close to one million girls and provided more than $5.6 million in funding to girl-serving organisations. Additionally, the Sports 4 Life grant scheme awarded $272,500 to 52 different organisations, serving more than 12,000 school students in 2017 alone.  These schemes are just two examples of what WSF has achieved so far.

Ashley Fiolek, 2009 WMX champion and two-times X Games gold medallist, explained how WSF not only helped in her sporting career but also in her personal life:

“It helped me become more self-confident. I wasn’t shy anymore. It helped me grow as a person and hopefully in my life later on too.”

The WSF is dedicated to creating female leaders in sport. It ensures that all girls have direct support and access to the basic necessities required for them to achieve their sporting dreams.

For its continued assistance in reducing the gender inequality in sport worldwide in a week where women’s achievements have been celebrated internationally, the Women’s Sports Foundation is JTA Communicator of the Week.