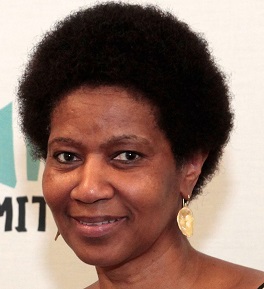 Over the past three decades, Phumzile Mlambo-Ngcuka has established herself as one of the most influential women in the world: first as a teacher, then a prominent South African politician and now a high-ranking United Nations official, the South African has helped change thousands of lives all over the world.

This week, Mlambo-Ngcuka, the United Nations Under-Secretary-General and Executive Director of UN Women signed the latter organisation’s second Memorandum of Understanding (MoU) with the International Olympic Committee (IOC). After five years of progressive collaboration, the two organisations have renewed the partnership dedicated to advancing gender equality in sport.

The highly impressive Mlambo-Ngcuka has brought invaluable experience to the UN since she was sworn into office in 2013. Using her expertise on human rights, equality and social justice, she has had a particularly profound impact on the advancement of women in developing and often oppressive nations. Prior to her current role, she served as Deputy President of South Africa from 2005-2008, making history as the first woman to hold this position and, at that point, the highest ranking woman in South African history.

Building on the success of the past five years, the second MoU will look to find further ways to empower women and increase the number of females in leadership positions in the sports industry. Specifically, the intention of the new MoU is to contribute to women’s equal access and participation, enable resource allocation and leadership in sport, use sustainable sports programmes to engage women and girls at grassroots level (especially girls in vulnerable communities), and leverage the power of sport to change harmful gender-based stereotypes and norms.

One example of success from the previous MoU is the joint “One Win Leads to Another” programme. Established as part of the Olympic legacy project for the Rio 2016 Olympic and Paralympic Games, UN Women and the IOC, together with Women Win (a global organisation focused on empowering women through sport), designed a programme to empower young women and girls through sport. The aim of the programme is to help girls build the leadership skills required to have an impactful career in sport, giving them the tools and knowledge to break social barriers. The programme, which has been piloted in deprived areas of Rio, has been so successful that there are now plans to take it to a number of other countries.

Mlambo-Ngcuka, who has been key in driving this and other life-changing programmes, spoke after signing the MoU with IOC President Thomas Bach:

“Sport is an invaluable tool to equip women and girls with leadership skills, reduce marginalization and dismantle stereotypes, and I am excited to continue our strong relationship with the IOC. Together we can bring substantive equality—a Planet 50-50—to the world of sport at all levels,” she added.

“Working together with UN Women, the IOC wants to empower women in sport and through sport. With this MoU, we will build on our efforts already underway to promote access to sport for girls and work towards gender equality. This is another step to extending this great partnership.”

As the opportunities for women in sport continue to grow, experienced figureheads like Mlambo-Ngcuka will be essential in guiding talented young women on the path to the top.