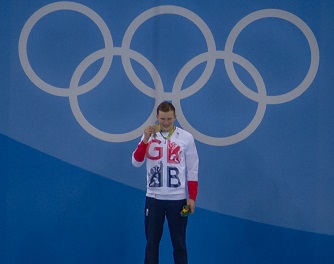 Breaking a world record is impressive, but British swimmer Adam Peaty’s feat of claiming two in one day at the 2017 FINA World Championships in Budapest this week is a phenomenal achievement. After winning the 100m breaststroke on Monday, Peaty was in action a day later as he swam the 50m breaststroke heat in a record 26.10 seconds, before breaking the 26 second barrier just hours later with a 25.95 second performance in his semi-final. The 22-year old then claimed gold in the final on Wednesday to become double world champion for the second consecutive year.

It has been a remarkable rise for Peaty, who became a household name after his world record breaking performance in the 100m breaststroke at the Rio 2016 Olympic Games. Just four years earlier, Peaty missed out on qualification for London 2012, but has since broken every record in front of him.

The year of 2014 was the turning point, when Peaty became Commonwealth and European champion in the 50m breaststroke, whilst also taking silver in the 100m breaststroke at both events. In the same year, he also secured three silver medals at the FINA World Swimming Championships in Doha. In the last three years, Peaty has won 16 major titles and now holds the 10 fastest 100m and 6 fastest 50m breaststroke times ever recorded.

Rivals and coaches have commented on the way Peaty is evolving the sport. South African swimmer Cameron van der Burgh said after Peaty’s latest performance that his breaststroke style was undergoing a “metamorphosis, between (butter)fly and breast.” He has also drawn plaudits from swimming greats, Michael Phelps and Mark Spitz.

As well as his unorthodox style and obvious talent, Peaty has become a role model for the next generation. His training regimes have been documented through YouTube and his new goal, “Project 56”, which refers to swimming 100m breaststroke in under 57 seconds, shows that his motivation to continue improving is as high as ever.

“I’ve achieved everything I wanted to achieve in the sport, but I’m still hoping for more, and that’s Project 56,” Peaty said in an interview with the BBC. “What that means to me is pushing even harder than I was before the Olympics.

“There’s going to be a lot more tears of pain but I think it’s achievable.”

Peaty also has a longer term ambition, which includes targeting more 100m success at the Tokyo 2020 Olympic Games, as well as the mixed medley relay, which is making its Olympic debut in three years’ time. There have also been murmurs of Peaty competing in the 200m breaststroke, which is also an Olympic event.

Over the next three years, Peaty’s drive and determination could take him in a number of directions but for now, all roads are leading to Tokyo 2020.