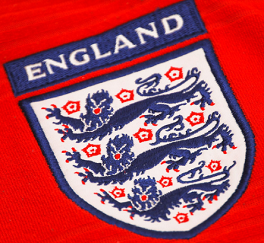 The reputation of English footballers as serial underachievers was turned on its head last Sunday when the nation’s under-20 team defeated Venezuela 1-0 in a historic World Cup final in South Korea.

Their success has sent out a message of hope and of possibility, and has even sparked a nationwide debate on the reinvigorated potential of English football. Never before has there been so much interest in an England youth team, leading to some people questioning whether this is the next “golden generation”, and others suggesting that we are, once again, too quickly getting carried away.

Beyond the hypothetical discussions that have pervaded both national and social media this week, there is something less obvious, but more important, to take away from Sunday’s victory. Since 2013, the FA have been following a comprehensive strategic plan aimed at winning the World Cup in 2022, and Sunday’s victory was a clear sign that it is working.

England had never reached the final of the U-20 World Cup before this year and had not won a single game in this tournament’s format since 1997. This begs the question: what has changed? It is no secret that countries who repeatedly succeed on the big stage, both at youth and senior level, do so because of a meticulously planned strategy from coaching style, to training facilities, to nutrition. The FA have developed a plan where England’s youth teams now mirror the playing and coaching style of the senior team, so that when they reach senior level at a major tournament, everything will be second nature.

In light of this, FA technical director Dan Ashworth's insight to England's victory comes as little surprise. He listed three factors in the Young Lions' success: the FA's new National Football Centre at St George's Park, which opened in 2012, the "excellent" work by coaches and clubs at academies that have "pushed on" with youth development, and the "revolutionary" new coaching qualifications made available by the FA.

The England under-20s' coach Paul Simpson echoed Ashworth's comments, congratulating the role the FA have played: "It is enormous what the FA have done... We want to develop the players in a certain style of play. Everything you see from the top national teams, we want to recreate that. This is the first group to come right through that pathway... This is part of the development in us trying to create football players who are capable of being successful at senior tournaments and hopefully this will go a long way to helping us achieve that."

Prior to the tournament, Simpson said he wanted his side to "change perceptions" about English football. His side have done just that and more. The FA will now be hoping to see the under-20s triumph transition into success at senior level. Whether or not they are the next "golden generation", it is too early to tell. But this unexpected success bodes well for the future and communicated the importance in sport of developing and following through with a thorough, strategic plan.