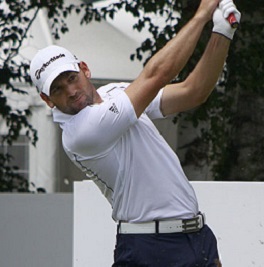 Sergio Garcia’s poignant victory at last week’s Masters Tournament in Augusta was a timely reminder of the importance of mental strength in sport.

His first major title after 74 attempts, by his own admission, was the result of a new approach to the game.  A self-proclaimed perennial runner-up, Garcia was convinced that his golfing career would forever be defined by a series of near misses. For years, it was something that had frustrated and disheartened him but, in more recent times, it was something he had come to accept. His mindset changed from, “Am I ever going to win one?” to, “If for whatever reason it didn’t happen, my life is still going to go on… I have a beautiful life. Major or no major.”

This change in attitude never diminished his hunger or desire to win, but instead created a more positive environment for him to succeed. Speaking after the drama of his play-off hole victory against Justin Rose on Sunday, Garcia said: “Lately I’ve been getting some good help and I’ve been thinking a little bit differently and a little bit more positively.”

Speaking after his compatriot’s victory, two-time Masters champion and one of Garcia’s idols, Jose Maria Olazabal, said he noticed a visible difference in Garcia’s mental approach at Augusta: “The calmness and how collected he was when things didn’t go his way from 10 to 13, I think that was the main difference compared to the Sergio of past times… Most of the time, he would have, you know, caved in and let it go. I think this time he showed more maturity. You could sense that in his looks, in his actions, how he was breathing, how he was looking, his eyes.”

Despite all the pressure from the media, and the constant reminders of past failures, nearly every athlete will tell you that the pressure they feel the most is the pressure they put on themselves. For that reason, it is crucial that athletes do not dwell on the past and, instead, focus on enjoying the moment. This was the message Olazabal sent to Garcia before the Masters Tournament last week, as Garcia recalled: "Jose sent me a text on Wednesday night telling me how much he believed in me. And what I needed to do, believe in myself, to be calm and not let things get to me that I've done in the past."

This is exactly how Garcia approached the tournament and, in one of sport’s most fitting moments, the 37-year-old Spaniard managed to end his 18-year wait for a major on what would have been the 60th birthday of five-time major winner and Garcia’s all-time hero Seve Ballesteros, who died in 2011.

Reflecting on his special victory on the day of Ballesteros’ anniversary, Garcia said: “This is amazing. To do it on his 60th birthday and to join him and Olazabal, my two idols in golf my whole life, it’s something amazing… It definitely popped in my mind a few times… There’s no doubt about it. Obviously today a couple of times here and there. And I’m sure he helped a little bit with some of those shots or some of those putts.”

The outpouring of congratulations towards Garcia from his fellow professionals is evidence of how much the victory meant to him. However, his humility in victory and assertion that, despite finally winning a major, “I’m still the same goofy guy, that’s not going to change,” is confirmation of a character with a genuinely transformed mental approach to sport.

Passion, determination and an intense competitive spirit are all characteristics of every elite athlete, and all characteristics that Garcia has in abundance. However, Garcia’s journey to the top communicates another crucial element required for sporting greatness – an unwavering mental toughness.