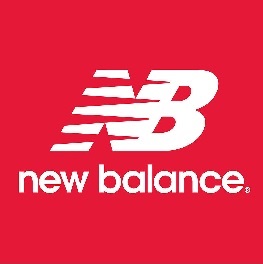 By this point in January, New Year’s resolutions can already be things of the past: well-intentioned attempts at self-improvement gone by the wayside. But those who caught the launch of sports apparel brand New Balance’s #MyFutureSelf campaign this week will have been inspired to stick to their goals as the campaign delivers a moving and impactful message to be true to yourself and to believe in your ability.

The campaign launch featured short films showing athletes writing a letter about their ambitions for the year. The athletes featuring in the campaign, such as American middle distance runner Boris Berian and professional skateboarder Alexis Sablone, reflect New Balance’s powerful message that, “Every New Year represents a new beginning, a new opportunity for self-improvement and presents that iconic moment for athletes and individuals around the world to redefine personal ambitions, motivations and sense of purpose.”

24-year-old Berian, an 800m runner who went from a college dropout working in McDonald’s to a world indoor champion and Olympic Games finalist in two years, is the epitome of self-belief. After dropping out of college even his own mother lost faith in him, telling him that he was going to end up working in McDonald’s for the rest of his life. In the video, Berian’s letter to his future self notes: “Remember when no one believed in you? And you were on your own... Fearless. Remember all of it because that is what made you. Remember all of it, everytime you put it on the line. Remember yourself.”

Sablone’s story is equally inspirational. The X-Games gold medallist skateboarder and MIT-educated architect defines individuality. In her advert, the 30-year-old is seen telling her future self: “Don’t do what is expected of you, that’s boring – more importantly it’s not you at all. You have to be yourself, and if that means being different, be different… Don’t limit yourself or let the world limit you. Pursue only the things you love... carve your own path and don’t look back.”

New Balance’s journey from when current chairman Jim Davis bought the company in 1972 echoes a similar message of originality and self-belief. Back then, there were only six people working in the one and only Boston office, making 30 pairs of shoes a day. Since that date, the company has transformed into a global sports apparel powerhouse, sponsoring the likes of Team Ireland at the Rio 2016 Games and the South African national cricket team.

As part of the campaign, New Balance are also encouraging visitors to their website to write letters to their own future selves. They will then be emailed back to the person in a year’s time, so they can see if they achieved their athletic and personal goals.

An inspirational, clear and distinctive message – #MyFutureSelf is a reminder that your future is in your own hands.