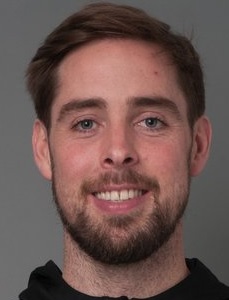 A bad acceptance speech is generally characterised by one unforgiveable quality: it’s too long.

Conversely, a good acceptance speech can accommodate many different styles – dramatic, funny, irreverent, passionate – but it is almost always short and to the point.

Sunday night’s BBC Sports Personality of the Year award – the blue riband annual awards ceremony for sport in the UK – was undoubtedly a mix of the two.

Andy Murray – who won the night’s main award – showed his lighter side with a genuinely funny quip about his wife voting for another candidate, whilst Michael Phelps gave a humble and heartfelt speech on winning the lifetime achievement award.

But they did not come close to holding the room like Ben Smith did, the winner of the Helen Rollasen award for outstanding achievement in the face of adversity.

Smith’s story is undeniably inspiring as he ran 401 marathons over 401 days raising over £300,000 for two anti-bullying charities and raising awareness in communities across the UK about bullying and its effect on mental health. Smith, an amateur athlete, almost committed suicide as an 18-year-old because of bullying that was linked to his sexuality.

And on Sunday night, on stage in front of 15,000 people and a national television audience of millions, he concisely captured the emotional change in his life which his immense challenge had prompted. And all in under a minute.

“Thank you to the tens of thousands of people that came out and supported this,” Smith said.

“My life was very different four years ago. I found running as my sanctuary, I found it as my way of expressing myself and be who I was. And to not have to lie anymore.

“I didn’t have any confidence or self-esteem and I was scared about who I was. I got to meet some amazing people, some of which you see here tonight, and some members of my running club are also in the audience as well.

In order to get to the start line of his challenge, the 34-year-old had to give up his job and sell his house. And to make it to the finish line he had to run more than 10,500 miles and overcome a broken vertebrae in his back.

Yet no-one was left in any doubt on Sunday night whether Ben Smith’s epic journey was worth it.

Photo: 401challenge.co.uk
JTA’s Communicator of the Week will return on Friday 6 January 2017.