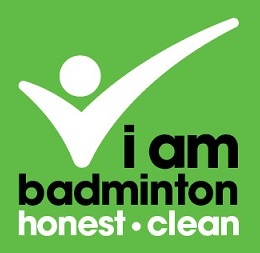 Integrity has been one of the buzzwords in the Olympic Movement in 2016. Given the issues which have emerged this year, that’s not a surprise.

But whilst many organisations have paid lip service to the need for greater integrity, not many have taken up the mantle. The Badminton World Federation (BWF) is one organisation which has.

This week, the BWF’s “i am badminton” campaign – which launched in 2015 – took another significant step forward by revealing five integrity ambassadors to front it.

Whilst ambassador campaigns are nothing new in sport, the BWF’s approach is refreshingly basic and consists of a mix of one-to-many communications and one-to-one communications.

“The main thing is we are using these players in many different types of imaging, we hope they will also go out and promote this idea”, BWF Secretary General Thomas Lund explained.

The campaign’s marketing collateral includes pictures of the five ambassadors next to the words:

i am clean
i am honest
i am badminton

Easy to recall, these will be the words which are promoted and repeated at media engagements attended by ambassadors and which adorn posters and banners.

In addition, ambassadors also have the personal responsibility to be a good role model, to communicate with other players on integrity and to encourage them to commit to clean and honest badminton.

The BWF is ahead of the curve on integrity - with good reason. At London 2012, four women's doubles pairs from South Korea, China and Indonesia deliberately played to lose their matches in order to secure a more favourable draw.

Current BWF President Poul-Erik Høyer Larsen from Denmark was elected in 2013 on a ticket to deal with integrity issues such as those seen in London. And, three years later, the Dane and his federation are delivering on what he promised.

Many sports organisations are currently at the same point that the BWF found itself in three years ago: having to take a careful look at themselves and how they can protect their sport from threats like doping, match fixing, illegal betting and corruption.

If the BWF example is anything to go by, then those sports organisations which are speaking of the importance of integrity today will be walking the walk by the time of Tokyo 2020.

And with the help of dedicated sports integrity organisations such as the International Centre for Sport Security (ICSS) and the Sports Integrity Global Alliance (SIGA), the landscape of the Olympic Movement could look radically different within just a few years.

The BWF’s “i am badminton” campaign is not only ahead of the curve, it is also a good case study of how to run a communications campaign in sport, as it employs some timeless techniques.

The most valuable of all being the understanding that, as Lund says, “When players speak to players it is stronger.”