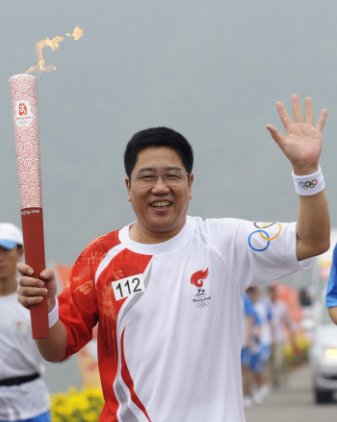 The Olympic Movement has this week lost one of its most well-loved and respected journalists.  Veteran Chinese sports reporter Gao Dianmin sadly passed away last Friday whilst attending an IOC Press Committee meeting in PyeongChang. But he will long be remembered for his dedicated service to Chinese sports journalism, and for his reassuring smile.

Covering every Olympic Games from 1984 to 2016, Gao made a name for himself as a shining light of Chinese sports journalism, with his natural instinct for compelling stories setting a great example to any aspiring journalist.

Gao started his Olympic career with a bang at the Los Angeles 1984 Games. During Rio 2016, he fondly remembered the moment he reported on China’s first ever gold medal at those Games, describing how “before the judge declared the result, I ran 30 to 40 metres into the media centre and made a phone call to the editor. In a time without the electronic scoring system, I was the first one to report China's first Olympic gold.”

It was this passion for a story which made Gao one of the greatest sports journalists of his time. Yet Gao was revered for his warmth and kindness just as much as the skill in his trade.

Kevan Gosper, former chair of the IOC Press Committee, described Gao as “one of my closest and most trusted friends”, saying that “nothing was too much trouble.  He was easy with a smile.”  Meanwhile, press operations expert Richard Palfreyman mirrored this sentiment, explaining that Gao’s “ready smile and openness will be greatly missed.”

One of the most moving tributes came from the Associated Press’s European sports editor Steve Wilson, who painted the perfect picture of Gao’s generosity and compassion: “For many journalists around the world, Gao was the friendly and welcoming face of China, especially when Beijing was hosting the 2008 Games. He was kind and thoughtful and always ready to offer help and encouragement to journalists, organisers and anyone else. Gao’s humanity and ever-present smile were infectious. We will miss him terribly.”

Gao was not just a journalist to those who knew him professionally - he was also a friend.  His death has been felt across the Olympic family and he will be sorely missed by everyone who had the pleasure of meeting him.