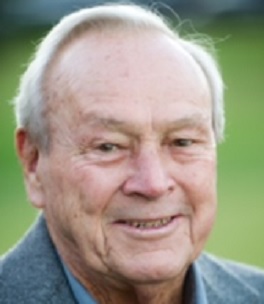 Arnold Palmer is one of sport's greatest pioneers. A golfing legend, a marketing trailblazer and an active philanthropist – "the king" is a great loss to the sporting world.

Palmer's golfing pedigree is unquestionable. In the late 1950s and early '60s he won seven majors in seven years, becoming the first player to earn $1 million from tournament winnings. Whilst these feats will long be remembered by golf fans and the sport's history books, Palmer's legacy goes beyond the green because of his ability to secure ground-breaking endorsements with global brands such as United Airlines and Rolex.

These endorsements changed the commercial environment of sport, helping to create the sports industry we know today.

Palmer was a big corporate brand's dream: successful, good looking and personable, he was the full package. All he needed was someone to sell him. That someone was IMG founder Mark McCormack, who first met Palmer at college and became his business partner in 1959.

From this point on, Palmer became the face of multiple global brands, whilst his golfing rivals were still representing small local firms. Palmer undeniably created the image of what a sports endorser should be. Thousands of global stars have since embraced this template, earning handsome fees in the process. For this, they have Palmer to thank.

Aside from his personal endorsement deals, Palmer is also credited with carrying golf into the TV age. In the late '50s, his renowned fans, "Arnie's army," helped popularise a sport previously considered exclusive to the elite. His warm personality and attractive golfing style perfectly coincided with the rise of television. In the words of golfing great Jack Nicklaus: "Arnold is the reason golf enjoys the popularity it does today... He made golf attractive to the television-viewing public."

Tiger Woods has also echoed these sentiments. In 2004 he said: "If it wasn't for Arnold, golf wouldn't be as popular as it is now... he's the one who basically brought it to the forefront on TV. If it wasn't for him and his excitement, his flair, the way he played, golf probably would not have had that type of excitement. And that's why he's the king."

Golf outside of America is indebted to "the king" too. His influence in the early '60s on the British game, for example, convinced other American players to travel to Britain for The Open. In turn, this attracted the mass following of British competitions in America – creating a truly international feel to the sport.

Whilst Palmer's golfing ability was of the highest order, the key to his appeal for brands was what he stood for: humility, talent, plain-speaking – he was a brand ambassador they could rely on, even if he didn't win.

Palmer's brand popularity was no media creation. His philanthropy included funding a medical centre in Orlando called the Arnold Palmer Hospital for Children, whilst his late wife, Winnie, leant her support to the Winnie Palmer Hospital.

Palmer, who died at the age of 87, had a unique ability to resonate with all generations, communicating just as powerfully in his eighties as he did in his twenties.

Palmer's name will forever reverberate in the golfing world: he is the definition of a "people's champion."