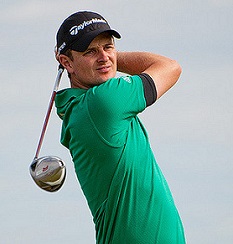 In three weeks' time, more than 10,000 athletes from 206 countries will arrive in Rio de Janeiro, Brazil, to participate in one of the greatest sporting events in the world: the Olympic Games. For many athletes, becoming an Olympian is the pinnacle of their profession - it's their ultimate sporting dream and validates all the blood, sweat and tears they have expended in pursuing a sporting career.

Justin Rose, who was this week selected as part of Great Britain's golf team for Rio 2016, feels this as keenly as anyone, as his sport returns to the Games after a 112 year absence.

Golf's inclusion at this summer's Games has been in the news in recent weeks because of a number of high-profile golfers withdrawing from the event. But Rose's outpouring of pride at being selected serves as a reminder of the prestige and honour which so many athletes feel when realising their dream of going to an Olympic Games.

Rose, ranked 11 in the world, won the US Open in 2013 and is a 15-time winner on the European and PGA Tours, and a three-time Ryder Cup winner with the European team. And he now has an Olympic title firmly in his sights. Speaking eloquently after the announcement of the Great Britain team, he said:

"If I was to fast forward 10 years, I'd like my career to read: 'Justin Rose, multiple major champion and Olympic gold medallist'.

"It's going to be right there alongside the major championships but not compared to. I just think it has its own category. It's once every four years. It's unique. It's very different. It's very special."

If golf is to impress on its return to the Olympic Games at Rio 2016 it will need top-class players like Rose to not only light up the competition on the course, but to consistently provide positive endorsements about the whole event.

In Rio, Rose has an opportunity not only to win an Olympic medal but to lead a charm offensive on the Olympic world and help fight for golf's long-term status as an Olympic sport.