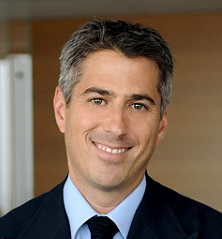 The Super Bowl is coming back to Los Angeles for the first time in 28 years. With the return of the Rams and the promise of a privately funded $2.6 billion stadium in Inglewood, the opportunity was finally there for the taking and Casey Wasserman grabbed it with both hands.

The LA 2024 chairman worked alongside LA84 Foundation president Renata Simril to deliver a compelling presentation to National Football League (NFL) owners on Tuesday, leaving them in no doubt that the second-largest market in the USA would stage a spectacular Super Bowl in 2021. Sports fans throughout Los Angeles clearly agree, with the news sparking celebrations across the city.

While the mega-event's return to LA may have been a long time coming, it has been less than five months since the NFL announced the Rams were coming home. Putting a bid together so quickly is no mean achievement and a testament to the skills of Wasserman and his team. As Rams owner Stan Kroenke explained, the proposal was compiled in "sort of record time".

But it is perhaps this freshness, the promise of a new beginning, which made LA's bid so appealing. That and the rich history LA shares with the Super Bowl, having hosted the inaugural edition at the Coliseum in 1967 and six more editions after that, the last being in 1993 at the Rose Bowl in Pasadena.

Indeed, Wasserman looked to both past and future as he spoke about the bid's success. Announcing that the Super Bowl is "back where it belongs", he went on to say, "I think this shows how the NFL values Los Angeles, and what LA has to offer. But it's also an example of the future possibilities for LA .

"NFL's selection of LA is a testament to its commitment to innovation and diversity. I couldn't be prouder of our winning bid," he continued. "Stan Kroenke's vision for the Rams stadium and the surrounding campus makes Inglewood an ideal venue for staging the Super Bowl of the future, and we look forward to inviting the nation and the world to LA for an historic fan experience."

This has been a momentous week for Angelenos, who can now prepare to welcome their biggest sporting event since the 1984 Olympic Games.

With Wasserman leading the city's bid for the 2024 Olympic and Paralympic Games, he will be aiming to continue the city's winning streak into the summer of 2017, when the IOC will select a host city in Lima, Peru.