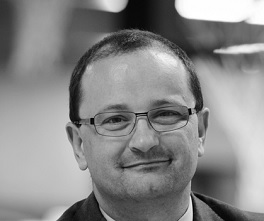 "SportAccord can serve as the voice of sport" said the newly-elected President of SportAccord Patrick Baumann after securing victory by 55 votes to 25 over Russia's Anna Arzhanova.

His words assertively signalled his ambition to ensure SportAccord is a unified authority, capable of helping all its members in achieving their strategic objectives.

Crucial to Baumann's campaign was persuading SportAccord's non-Olympic sports members to vote for him, a tranche of the electorate which Arzhanova, President of the World Underwater Federation, needed to dominate if she was to win.

One of Baumann's ace cards in securing the support of non-Olympic sports members is his communications skills, both on a personal level with presidents of International Federations - and when addressing the wider international sports movement, especially during the final days of his campaign at SportAccord Convention in Lausanne.

Through clear and assured messaging, and statesman-like conduct, Baumann convinced members that he is the right person to lead their organisation into a promising future following a turbulent past 12 months.

His rallying call for SportAccord's membership to adapt and change in order to restore sport's credibility and integrity won him high praise from ASOIF President Francesco Ricci Bitti, keeping his core supporters from recognised International Federations happy that he can lead them forward into an era of greater transparency and cleaner sport.

"We have to be ready for change and we have to improve ourselves on a daily basis if we don't want somebody else to change us," Baumann said, building on IOC President Thomas Bach's refrain.

"It is a challenge for every single one of us.

"Every single Federation has to take this extremely seriously and take a hard look at how we do things so that we avoid as much as possible troubles and the negative titles in the press.

"That is not what sport needs."

With a convincing majority win as his mandate, Baumann is already showing the confidence required to drive SportAccord according to his agenda, one which can fulfil his ambition of acting as the “voice of sport” and working a collaborative future with the IOC.