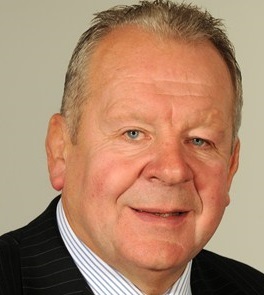 Rugby Football Union (RFU) Chairman Bill Beaumont is not a man who speaks publically without good reason so when he does choose to communicate, ears are pricked.

This week the former England international threw his hat into the ring to become the next Chairman of World Rugby, the International Federation for the sport.

Beaumont, who won 34 caps for England and captained his country as well as the British and Irish Lions, has run for the chairmanship before, in 2011, but was narrowly beaten by incumbent Bernard Lapasset by a vote of 14-12.

With Lapasset feeling the call of national duty, the Frenchman has decided to focus his efforts on running the Paris bid to host the 2024 Olympic and Paralympic Games, a project of which he is Co-Chairman, and not to stand again for the position of Chairman of World Rugby.

The upshot is a great opportunity for Beaumont, one he seized with both hands on Thursday by launching his candidacy for World Rugby via multiple platforms.

In tune with Beaumont's values as a player and an administrator, there was no grandstanding or manufactured media event, just a 20-page manifesto, a short video - filmed at his hometown club of Fylde - and a press release which succinctly highlighted the emotional connection the 63-year-old has with the sport.

"Rugby has been fundamental in my life," Beaumont said. "Bringing me immense enjoyment and fulfilment over many years, both as a player and administrator.

"Now it's time to attempt to repay some of what rugby has given me by standing for the role of Chairman of World Rugby."

Beaumont also elaborated on his core approach to leading World Rugby: "Rugby now needs a modern, forward-thinking, world-leading International Federation that strengthens the roots of the game's success – our financial security and fundamental rugby values – to guarantee that growth well into the future."

He also reserved praise for Lapasset, who has led World Rugby as Chairman since 2007: "Rapid recent expansion has brought tremendous excitement and expectation (to rugby), which is a credit to our current Chairman Bernard Lapasset."

With rugby 7s making its Olympic debut this summer at Rio 2016 and the women's game growing rapidly, Beaumont is pitching to lead his sport at a hugely exciting time. Yet rugby in 2016 also faces challenges, principally player welfare and an ever growing global calendar of events to manage.
In such an environment, a steady hand who doesn't waste his words is sure to be an appealing proposition to World Rugby members, who will vote for a new Chairman on 11 May in Dublin.