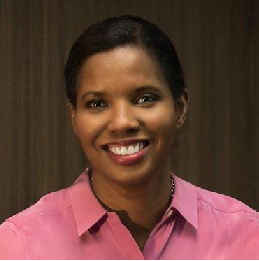 At the Olympic Games in Atlanta in 1996, Briana Scurry helped to ignite a spark of excitement around women's football that, by the 2015 FIFA Women's World Cup, had developed into a blazing forest fire.

The American goalkeeper's safe hands were crucial to her national team recording breakthrough victories at the Atlanta Games and at the 1999 FIFA Women's World Cup. These victories captured the attention of millions of people in America and raised the sport's profile to unprecedented levels.

Scurry's contribution to women's football, or soccer as it's known in the States, is huge. She won a record 173 international caps in a breathtaking career which peaked when she produced a crucial save during the 1999 World Cup final against China that gave her teammate Brandi Chastain an opportunity to score the historic deciding penalty kick that won the trophy. And in 2013, she was named in the U.S. Soccer All-Time Best XI National Team.

Not only a great player, Scurry is a sporting pioneer too as one of the first African American professional female football players and one of the first openly LGBT players. And she is not averse to talking about her unique experience: delivering a rousing speech last week at the Atlanta Sports Media Consortium about the 1996 Olympic Games and its significance on how women's sports are covered in the modern day.

"That Olympic Games after we won that final we realised we were not the only ones making change happen. USA women's basketball won, synchronised swimming won, softball won, a lot of different women's teams won that Olympics. It became the Olympics of the women. We were glad to be a part of that."

These impassioned words continued as Scurry moved on to recall her experience at the 1999 World Cup:

"The most amazing moment of that World Cup besides winning, the biggest thing to happen off the pitch was taking the bus from the hotel to the first game and we saw all this traffic on the way to the Meadowlands. We realized all these people were here to see us do well and they were supporting women's soccer in the United States."

With her words, Scurry captured the essence of a dawning realisation – not only was she privileged enough to represent her sport at the highest level, people also wanted to pay to watch her do it. "We were changing the culture for not only sports but women's sports and our sport in particular in this country."

Scurry lived through, and assisted in, a transformation in the popularity of women's football. And her experience provides hope and inspiration to other aspiring female athletes playing sports that are fighting for recognition in the ever-competitive professional sports world. Scurry's footballing career may have ended, but her legacy lives on through her inspiring communications.