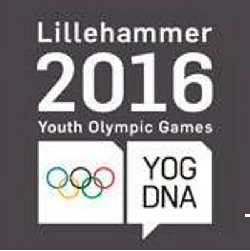 This week, the IOC has sent a clear message with the hugely successful second edition of the Winter Youth Olympic Games: the Olympic Movement is adapting, progressing and engaging the younger generations to keep the Olympic values alive.

The air of youthful innovation has shone through with the introduction of new sports in the Youth Olympic Games sports programme, such as monobob and the vibrant Sjoggfest, which the organisers have humbly described as "the coolest festival you will ever experience". With virtual reality displays, demonstrations of exciting new sports like parkour and ice-climbing, and music performances from world-famous artists, you may find it hard to disagree with them.

Olympic superstars such as the USA's downhill skier Lindsey Vonn and figure skating queen Yuna Kim were in Lillehammer in their roles as Youth Olympic Games Ambassadors to provide inspiration and experienced advice to the young athletes.

"I'm really happy I could be here," said Vonn. "It's not an easy trip, but as an athlete we have a unique opportunity to positively impact people. I was inspired when I was nine by the skier Picabo Street. If I'd never met her, I don't know if I'd have got to this point. If I can impact one of you guys that way, I've accomplished something.

"I really like what the Youth Olympic Games stand for and what they're doing for the next generation. Just coming up here to see all the kids and how excited they are and how they are taking it very seriously, it's a stepping stone for them, it's a place where they can learn and can grow as people. Ultimately it's a place they can learn to go on to be Olympic champions."

The Olympic Movement has struggled on occasions for support from Norway, but the fresh image of Lillehammer 2016 looks set to change this, as President Bach affirmed:.

"You see here how much the population is embracing the Games and here will send a very good message about the modern Olympic Games and the Olympic values."

And that's exactly what the Winter Youth Olympic Games has been: modern, forward-looking and communicating to the world that the Olympic Movement is embracing change - for the better.