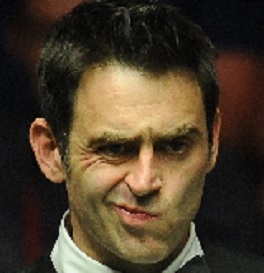 Ronnie O'Sullivan won his sixth Masters snooker title at London's Alexandra Palace this week in typecast nonchalant fashion. Unfit, lazy and out of practice – by his own admission – O'Sullivan overcame his opponent Barry Hawkins 10-1 in the final, equalling the biggest-ever margin of victory in a Masters final.

Englishman O'Sullivan is a fan favourite in snooker: outspoken, sometimes aggressive, but always entertaining with a cue in his hand – or when a microphone is thrust in his face.

"The Rocket", as he is known in the snooker world, was in particularly entertaining mood this week after an eight-month lay-off from the game.

Speaking during the tournament to BBC Sport, he said:

"I've been getting lazy. I've been eating like a pig and haven't run for two weeks. I've taken up smoking again, just because of this tournament."

Certainly not the normal words you hear from a player making a comeback. But then again, The Rocket has never been a straightforward character.

While O'Sullivan is loved for his points of difference, particularly his honesty with the media, he is also a titan of the game. The 40-year-old is a five-time world champion, a five-time UK champion and now a six-time Masters winner.

His capacity for sustained success, mixed with his personable but also temperamental character, is a rare combination. And to the sporting public in Britain the mix is irresistible.