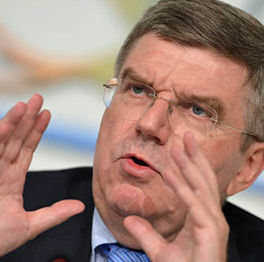 It has been a busy week at the IOC. This week’s IOC Executive Board (EB) meeting – held in Lausanne from 8-10 December – was one of the most eagerly awaited EB meetings of recent years.

Set against a recent context which casts a negative light over various sports organisations, the world’s sports media were braced for a news-heavy couple of days.

And that is what they got, with the IOC taking the initiative to communicate extensively about recent events in world sport.

One of the most effective pieces of communication was the publishing of a declaration, adopted by the EB, on good governance in sport and the protection of clean athletes. The declaration was published in full on the IOC’s website, was promoted via its social media channels, and re-printed by influential Olympic Movement outlets such as Sport Intern.

The declaration not only outlined the IOC’s proactive initiatives to guarantee its own good governance, it also outlined initiatives to help other constituent organisations of the Olympic Movement, especially International Federations and National Olympic Committees.

The publication was an example of the IOC practising precisely what it was preaching, whilst showing the alignment between the IOC’s new strategic roadmap Olympic Agenda 2020, Thomas Bach’s leadership and the EB’s cohesion.

The declaration was also committal to objectives and timelines, particularly on anti-doping. It re-stated the IOC EB’s intention “to make the anti-doping system independent of sports organisations” and that it is striving to have this system in place “from the Olympic Winter Games 2018 onwards.”

Having stated its intentions, the IOC EB knows it has opened itself up to be judged on the success of its implementation. But its transparent and purposeful communication should be praised as a great example to the Olympic Movement. At a time when the sports world and media are asking for strong leaders, the 15-person executive arm of the IOC is standing up to be counted.

The IOC EB’s full declaration on good governance in sport and the protection of clean athletes can be viewed by clicking here.