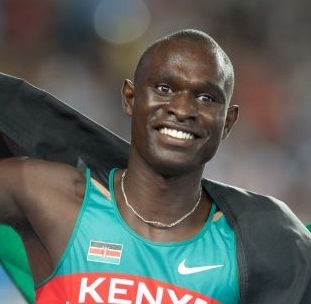 During an Olympic Games, athletes as phenomenally talented as David Rudisha can often let their legs do the talking - additional comments are only likely to distract from the sheer excellence of their performance anyway. But away from the stadium and track, at an awards ceremony for example, people naturally expect a little bit more. Usain Bolt would almost definitely provide humour; Missy Franklin would likely endear herself to everyone through her youth and innocence; and David Rudisha, it transpires, tries to involve everyone in his success.

This evening in Bangkok, Thailand, the 8400m world record holder and Olympic champion was named the "Best Male Athlete of London 2012" at the first ever ANOC Gala Awards Dinner – not bad for someone who wasn't even the fastest runner at his school back home in Kenya.

Rudisha's acceptance speech for his award was full of deference to the occasion and gratitude to his National Olympic Committee. Deflecting the praise off himself, Rudisha, 25, said:

"As athletes, we rely so much on the support of our National Olympic Committees and they are so often the unsung heroes of the Olympic world so thank you for recognising and rewarding all of their hard work as well."

It was a touching moment and typical of Rudisha's self-effacing spirit.