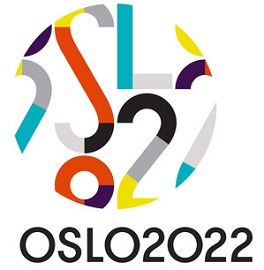 The statement, "You can't win anything with kids", was proved spectacularly wrong by Manchester United in the 1995/96 football season as Alex Ferguson's team of young stars went on to win England's domestic league and cup double.

Almost 20 years later it seems the young people of Norway may be about to do the same for the city of Oslo's ambitions to host the Olympic and Paralympic Winter Games in 2022. The only difference is that Norway's "kids" are trying to win hearts and minds, rather than trophies.

This week has seen the release of polling results suggesting that half of the Norwegian population aged between 16 and 24 want Oslo to host the Games. These results are impressive when put into context. Until now, Norwegians, across most age groups, have been opposed to Oslo's bid for the Games – a worrying trend for the Olympic Movement given that Norwegian athletes have won more medals than any other nation in Olympic Winter Games history. Surely the country should be on fire to host the marquee event in snow and ice sports? And yet there was a steadfast reluctance.

But not amongst Norway's young people, who Oslo 2020 Bid Director, Eli Grimsby, has credited with keeping the bid alive through some tight moments.

He said: "Young people have been positive throughout the application process and also contributed to reversing the negative opinions before the referendum in Oslo last year (which the bid won with a narrow majority of 55%). Now we are happy the youth again will mobilise its power to create excitement for the Norwegian Olympic application."

For the IOC, the enthusiasm of Norway's youth, and their willingness to communicate their passion to others, must be very reassuring – particularly as the cities of Stockholm and Krakow had to cancel their bids for the 2022 Winter Games because of a lack of support.

But the work of young Norwegians in getting the message out there that they want the Games is not done yet. At next month's IOC Executive Board meeting, the Candidate Cities will be chosen for the 2022 race. If Oslo progresses, then the youth of Norway's next task is to tell the country's politicians to endorse the bid when they discuss the matter in parliament in August. With state backing, Oslo 2022 will be ready to mount a serious challenge for the Games – that would be quite an achievement for a group of "kids".