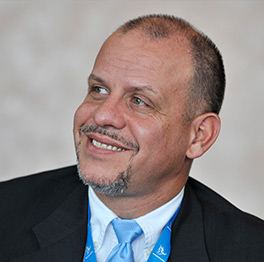 Here's a question for you. What's the difference between a good communicator and a great one?

Of course each of us will have our own view but I would suggest that while good communicators are defined by the depth of their knowledge, eloquence and ability to engage with possibly indifferent audiences, really great communicators do all this and more.

The qualities which distinguish the truly great communicators from the rest of the field are sincerity and the ability to articulate genuine passion, and that was nowhere more evident than at the press conference to mark the conclusion of the ninth Generations For Peace Camp in Amman, Jordan, last week.

Generations For Peace was launched seven years ago and its co-founder and IOC member, Prince Feisal of Jordan, is its driving force. The organisation exists to promote peace – in the broadest sense – in areas of conflict across the world and does so by training youth leaders to use the positive values of sport to build bridges and understanding between individuals and communities in some of the most conflicted parts of the globe.

Prince Feisal isn't some token Royal, roped in to lend credibility to the project from a distance. He sees Generations For Peace as part of the legacy of his father, the late King Hussein of Jordan, whose own commitment to peace has shaped almost every aspect of his country's world-view.

Instead he is hands-on, rolling his sleeves up to join Delegates at the Camp and effusive in his praise for their own commitment, capacity and capabilities.

Last week's 10-day Camp in Amman was the first to be facilitated entirely by Generations For Peace Pioneers (effectively graduates of the programme who have successfully implemented their own programmes) rather than outside experts. That represented a watershed moment for the organisation – listed in the "Top 100 NGOs in the World" for 2013 by The Global Journal – and a cause of tremendous pride for Prince Feisal, who sat side-by-side with Delegates during some of the sessions.

Prince Feisal is not some remote figurehead but an integral part of an organisation which now operates programmes involving more than 8,200 volunteer leaders of youth worldwide. This year's Camp was a watershed because it has now become entirely sustainable, an achievement which deserves to be celebrated.

Few spokesmen – even Princes of the Realm – earn a round of applause from journalists at a press conference but HRH Prince Feisal managed just that. His fluency, clarity and clear personal attachment to the project gave journalists in Amman, and those watching the online video stream from locations worldwide, the story they wanted from a highly personal perspective. His enthusiasm lit up the facts to make a good story even better. And that, is the art of communication.