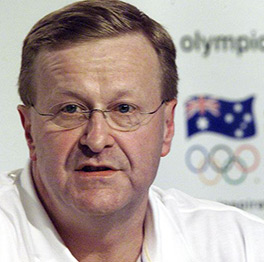 Never one to shy away from responsibility, President of the Australian Olympic Committee (AOC), John Coates, this week announced the launch of "Campaign Rio" – a collaborative initiative between the AOC and the Australian Institute of Sport (AIS) which is primed with the objective of regaining Australia's place amongst the Olympic sporting elite.

Addressing delegates at the launch of the new scheme in Canberra, Coates spoke bluntly about the need for the AIS to put "their neck on the line" and commit to the AOC's target of a top five finish in Rio 2016 following disappointing results at London 2012 and Beijing 2008.

The Australian sports administrator spoke with unwavering conviction that collaboration between the two "totally aligned" organisations was the "right thing to do." It is now the time to "act smarter" and "focus more on high performance", in order to increase the country's medal prospects and move away from its "over-dependence" on swimming, he argued.

Throughout the launch, Coates communicated the kind of resolute self-belief that instils confidence in the audience and has become the hallmark of a man whose communication and leadership has seen him rise rapidly over the last decade to become vice-president of the International Olympic Committee (IOC) and a key member of the Olympic Movement.

His willingness to put his own neck on the line and "do things differently" may be exactly what Australian sport needs; however, we will have to wait until 21 August 2016 before we can know for certain.