Jon and Sevi first visited Sochi to advise the bid team in 2005. At that time, the city was undeveloped and had been relatively untouched for half a century. Despite travelling to Sochi regularly in the following years, when Jon and Sevi arrived in the city for the Winter Games, they were amazed and inspired by just how far Sochi had come since their first visit.

In honour of the pivotal role that JTA played in Sochi 2014's historic journey, Jon and Sevi were given the once-in-a-lifetime opportunity of running with the Olympic flame during the final stage of the Olympic Torch Relay, through the streets of Sochi. Below you can watch the videos of when, cheered on by hundreds of spectators, Jon and Sevi realised the moment they had been working towards for nine years – bringing the Games to Sochi – had finally arrived. 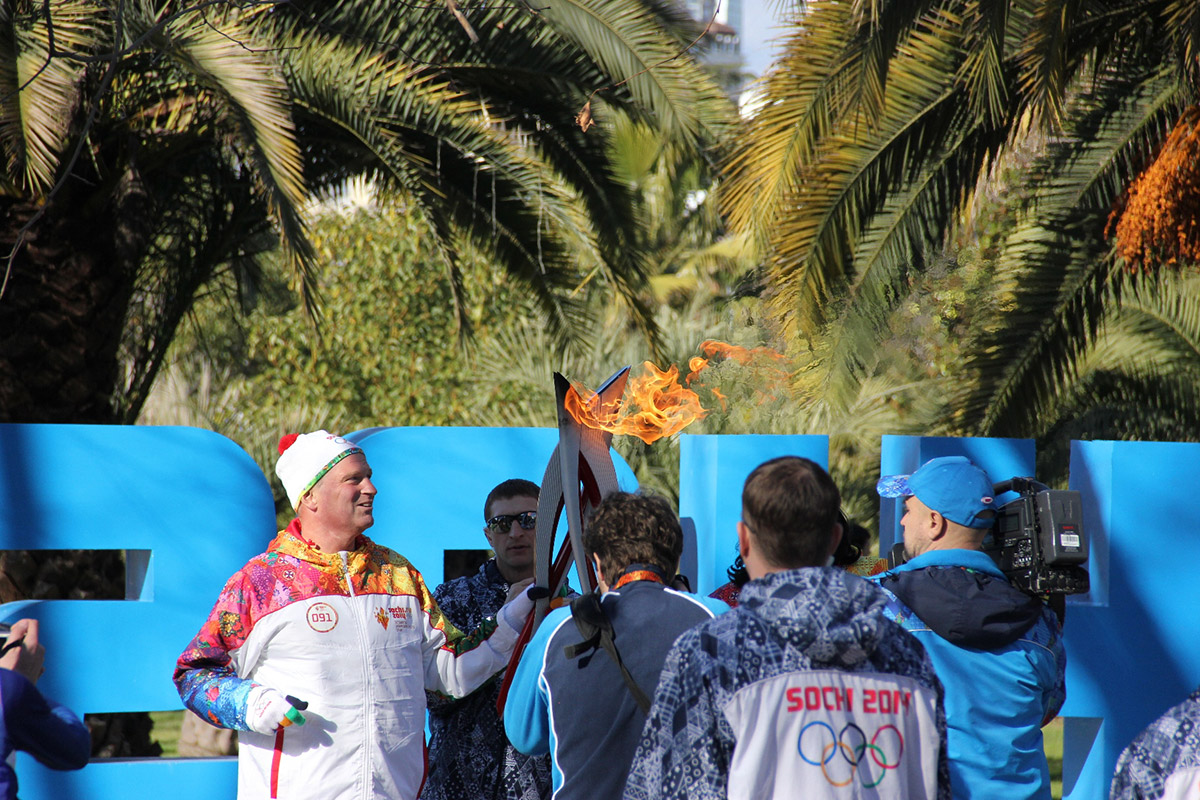 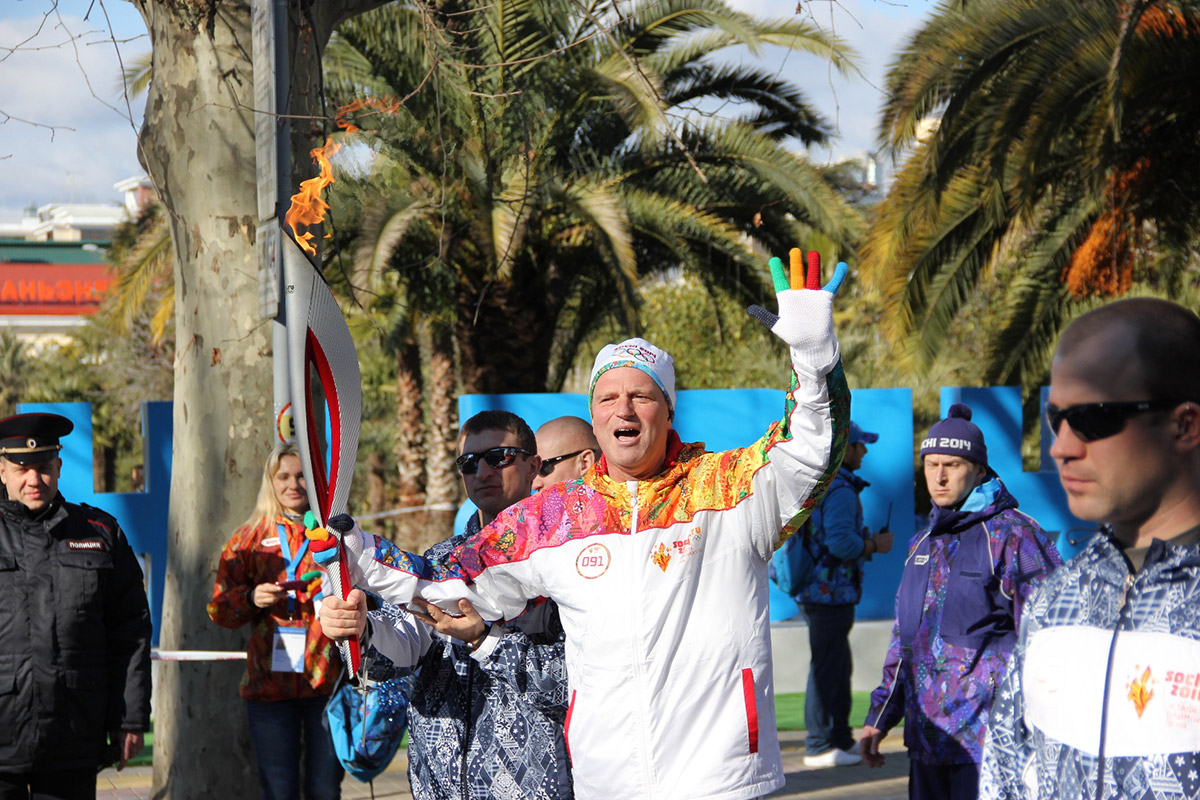 Jon waves to the cheering crowds 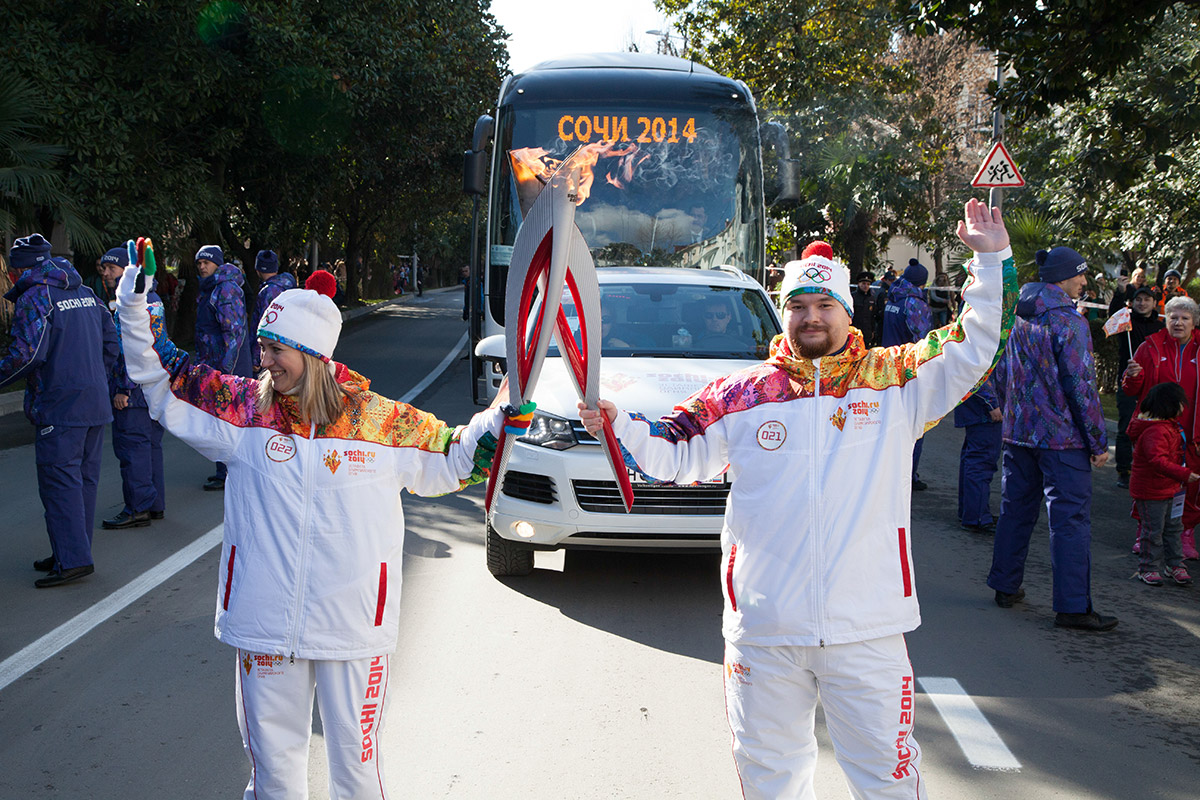 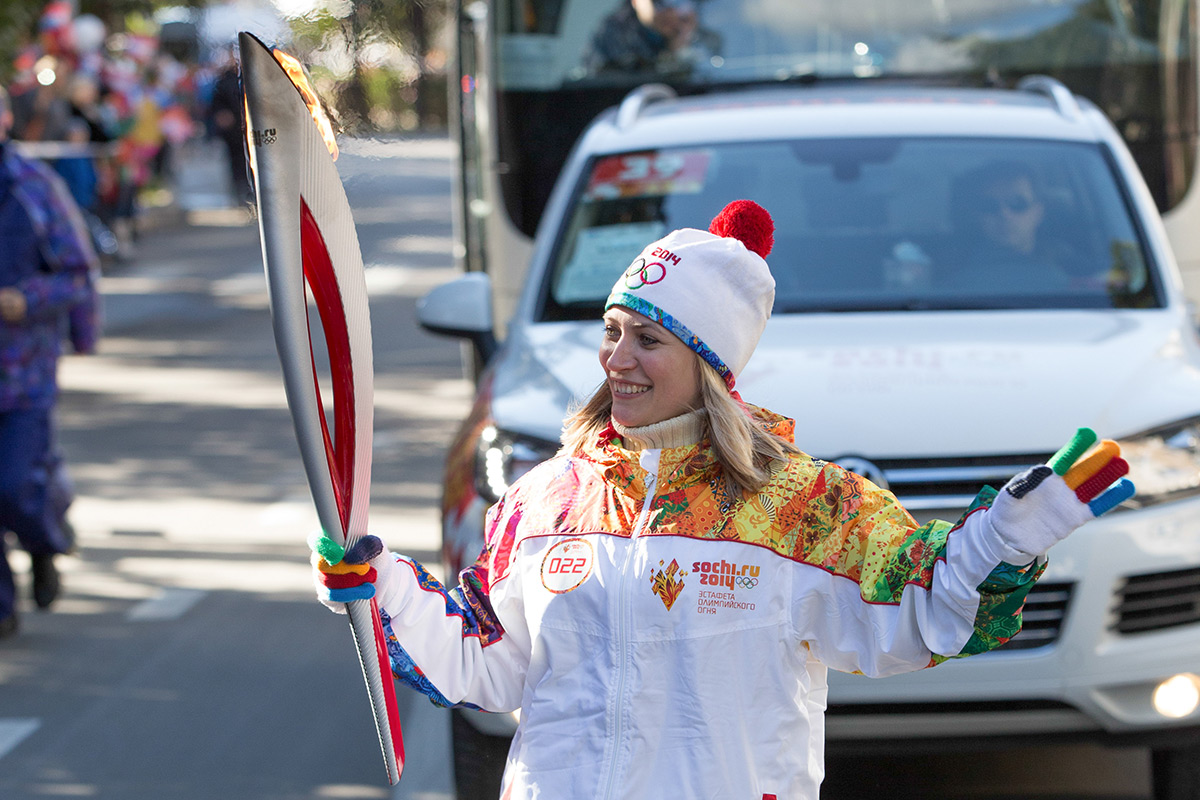 Sevi runs with the Olympic torch through the streets of Sochi 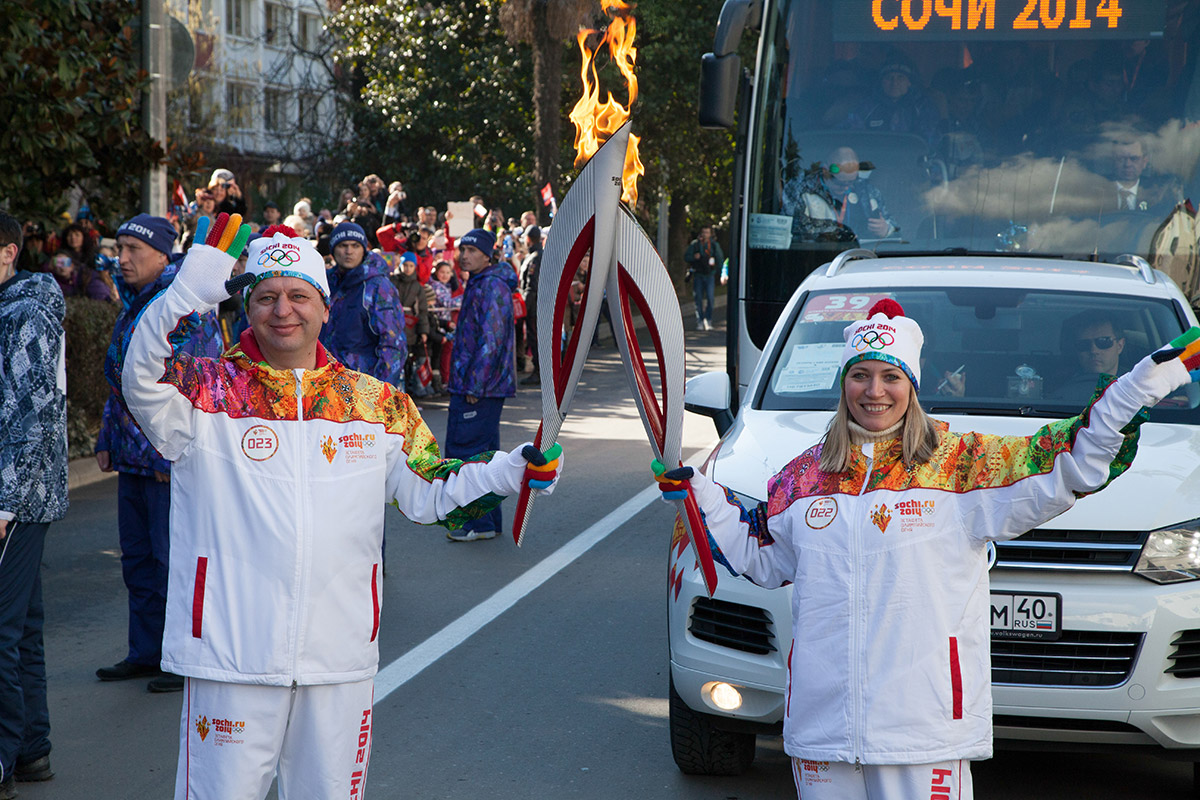 Sevi passes on the Olympic flame 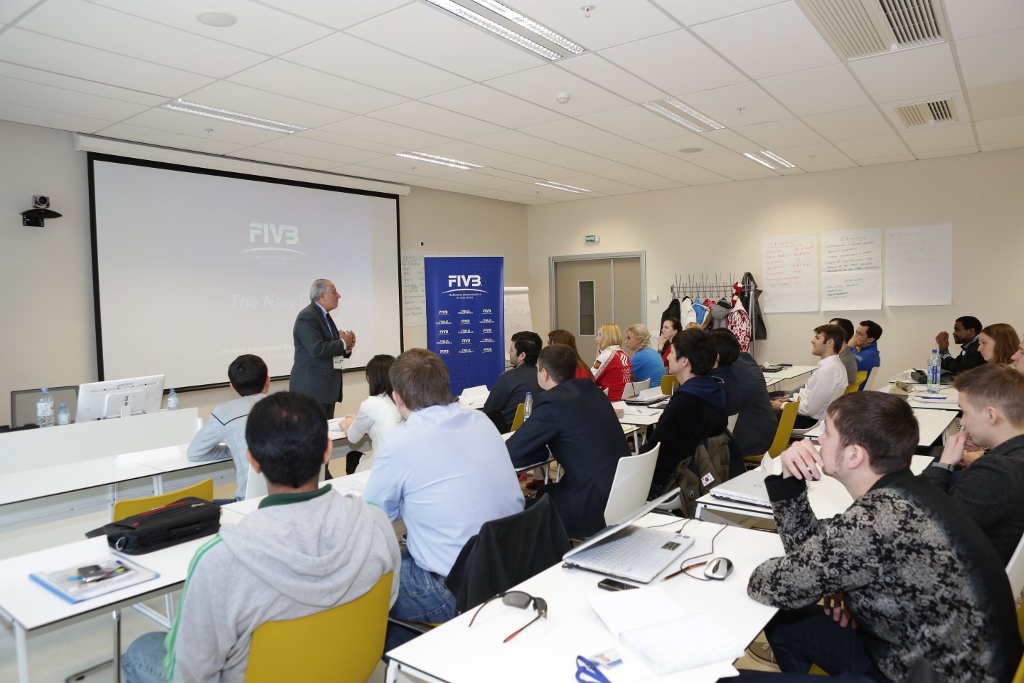 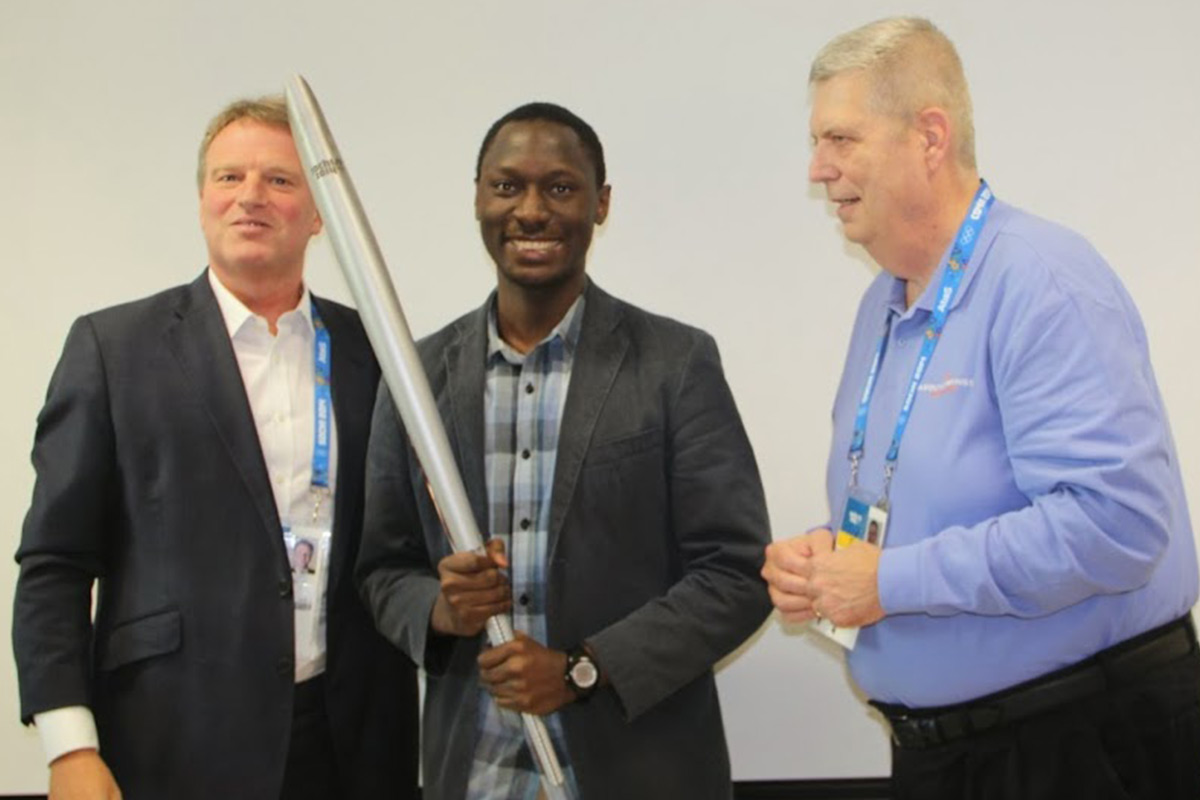 RIOU MSA student poses with the Sochi 2014 Olympic torch with Jon Tibbs (left) and Around the Rings Editor and Founder, Ed Hula (right) 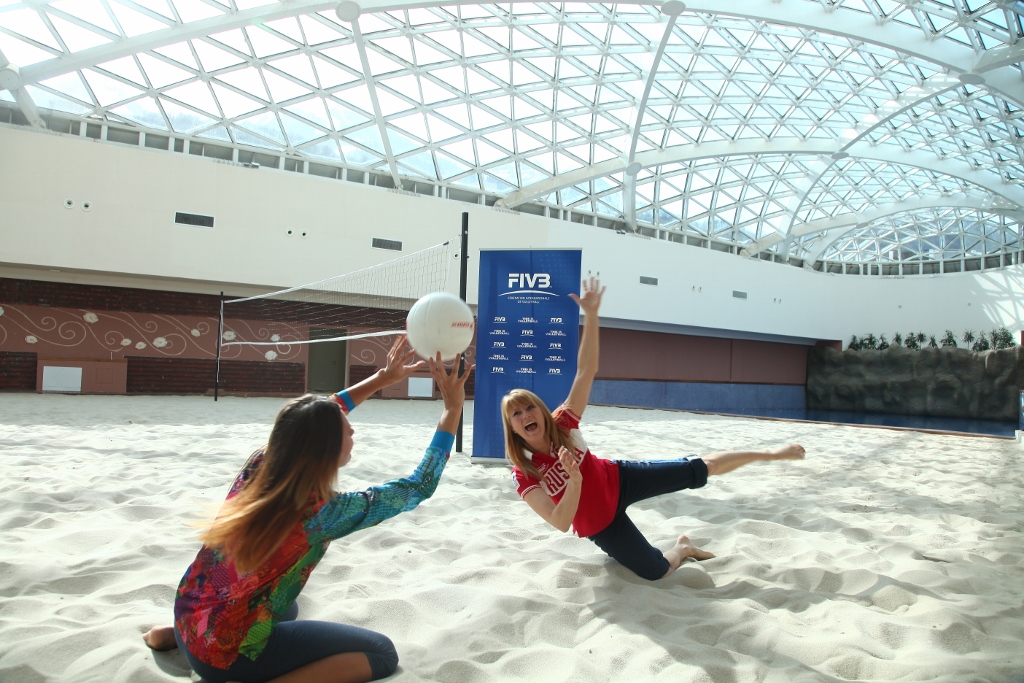 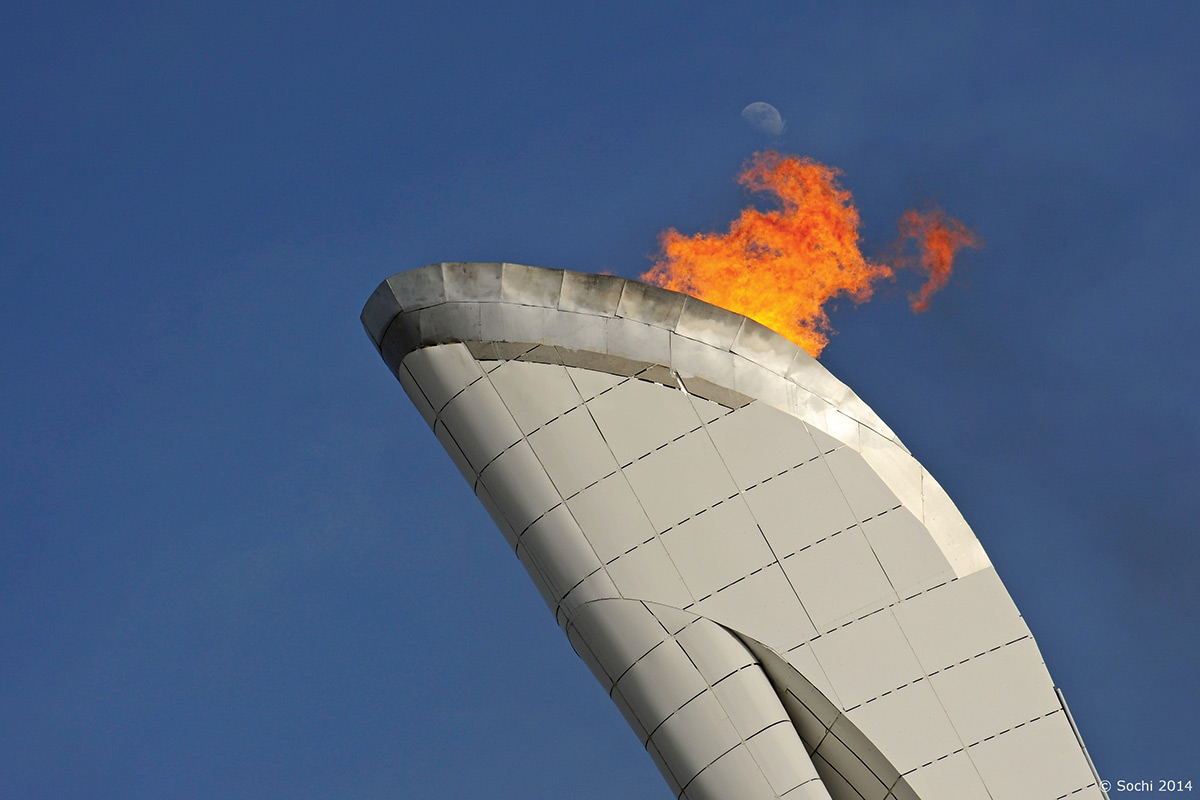 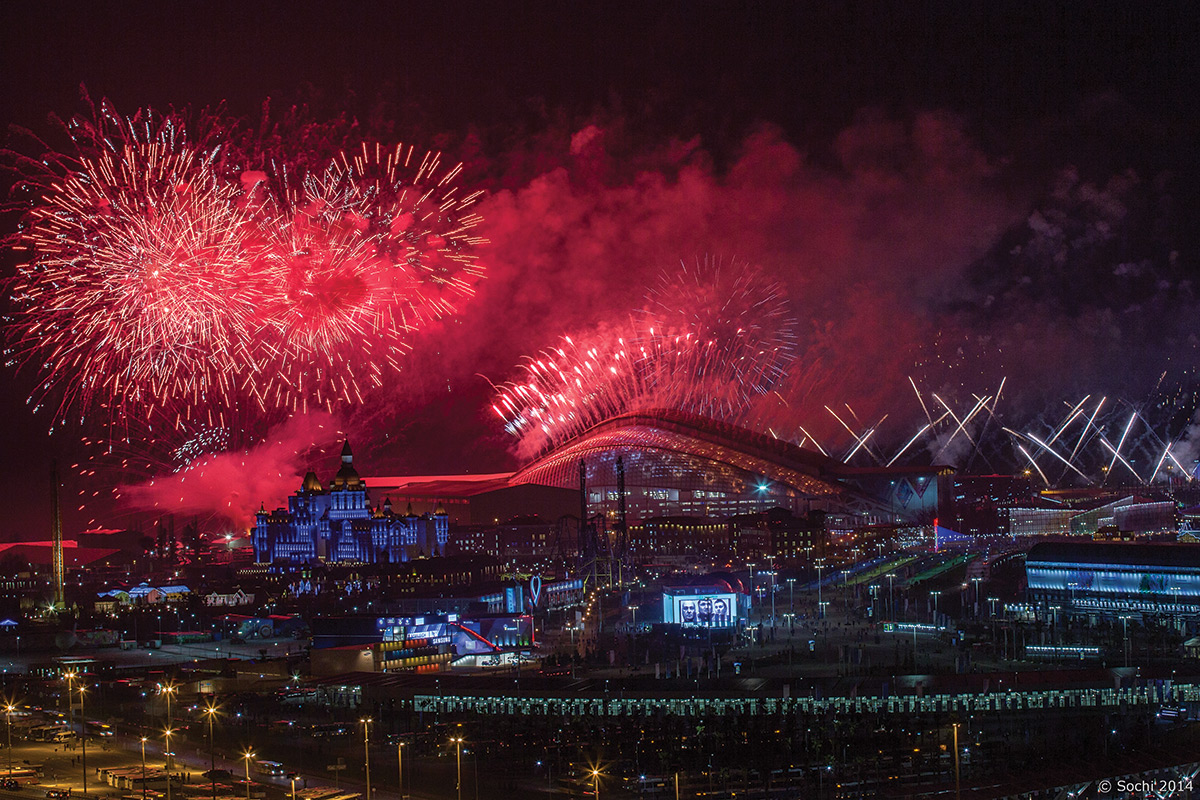