In July 2015, JTA had the pleasure of sponsoring the Lost Yeti Hunters, a team of three students who were setting off on one of the greatest motoring adventures on the planet: the Mongol Rally.

The Mongol Rally thunders 10,000 miles across the mountains, desert and steppe of Europe and Asia each summer. There’s no backup, no support and no set route.

The three friends - Christopher Payne, Antonio D’Angelo and and Peter Elser – openly admitted that they had no rally experience whatsoever but the key objective of their adventure was to raise as much money as possible for their chosen charities: Cool Earth, Rett Syndrome Foundation UK and SOS Children.

As part of the sponsorship, JTA was tasked with launching the team and their Skoda Fabia, with a little help from F1 supremo Bernie Ecclestone and…one giant yeti.

JTA invited international newswires, photo and video news agencies and sport business media to the team launch, held outside the headquarters of Formula One Group in London.

As international media captured Bernie Ecclestone sharing selfies and high-fives with a giant yeti and the Lost Yeti Hunters, JTA uploaded content to social media networks, creating a buzz through online aggregators in the Formula One community. The launch received widespread international coverage on Mail Online, The Huffington Post, The Guardian and ESPN.

Five weeks after the successful launch, the Lost Yeti Hunters successfully made it to the finish line in Mongolia, but the search for the lost yeti continues… 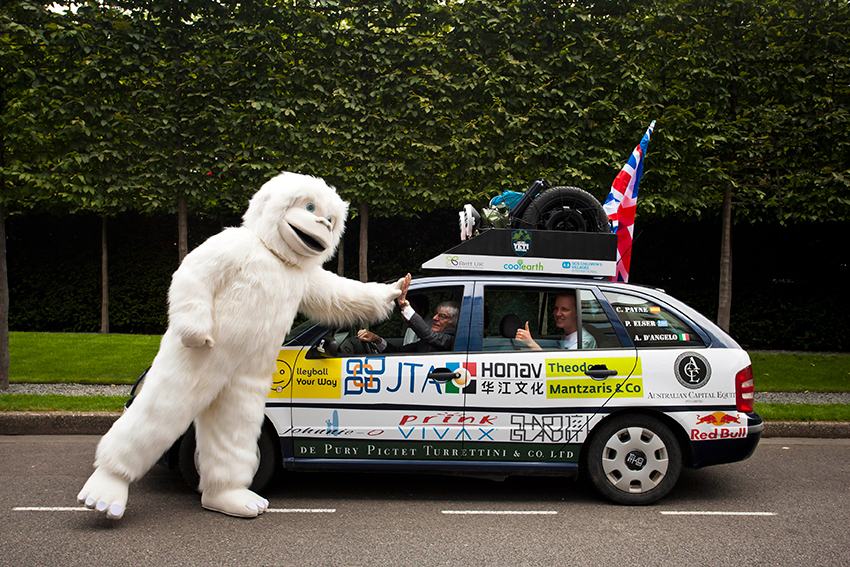 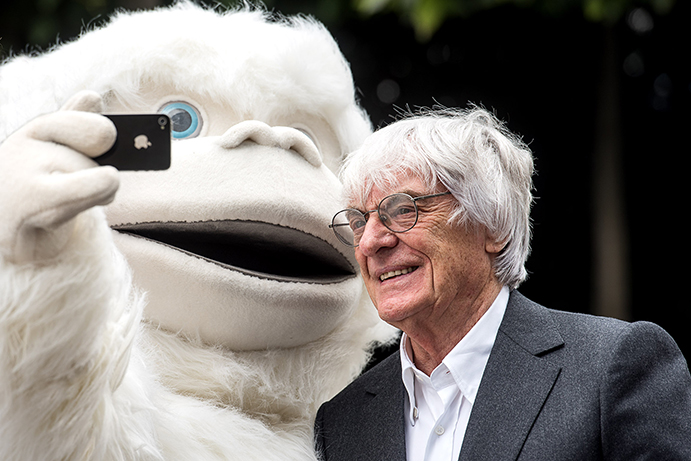 Bernie Ecclestone, the yeti and a selfie