On Her Majesty The Queen's 88th birthday (21 April 2014), JTA was awarded the prestigious Queen's Award for Enterprise in International Trade, following a record-breaking year with exports rising by over 20%. JTA was one of only two UK PR agencies to win this award in 2014.

JTA had the honour of welcoming Her Majesty The Queen's representative in Kent, the Lord Lieutenant of Kent, Viscount De L'Isle MBE to the JTA head office in October to formally confer the award. JTA Chairman, Jon Tibbs, JTA Director, Sally Tibbs and JTA Managing Director, Séverine Hubert, were presented with a Grant of Appointment and a commemorative crystal bowl to mark the occasion during a special awards ceremony. 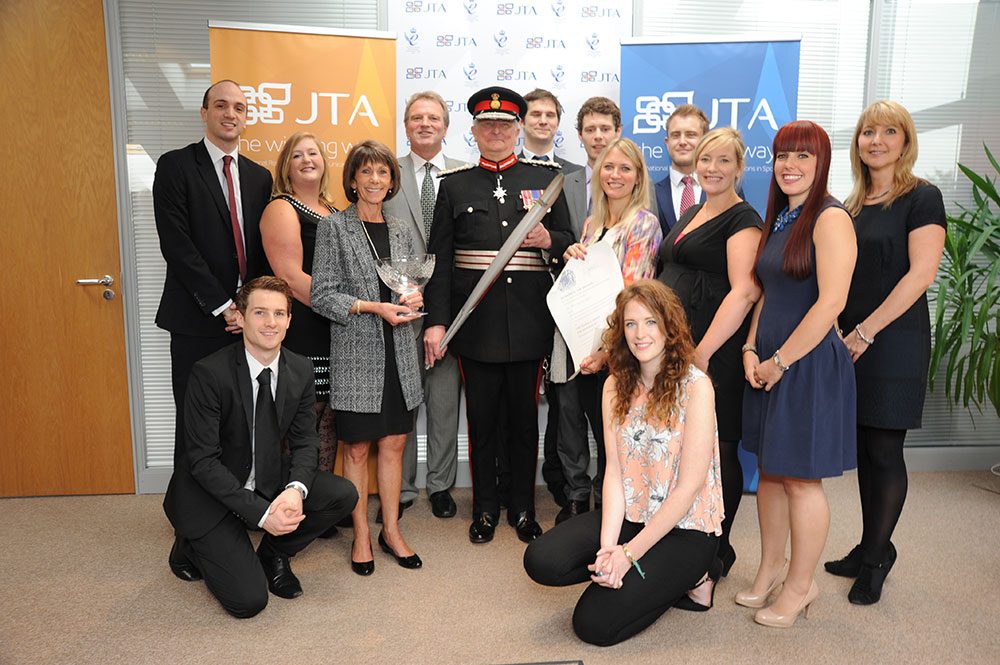 The Lord Lieutenant of Kent and the JTA team, pictured with the Sochi 2014 Olympic torch 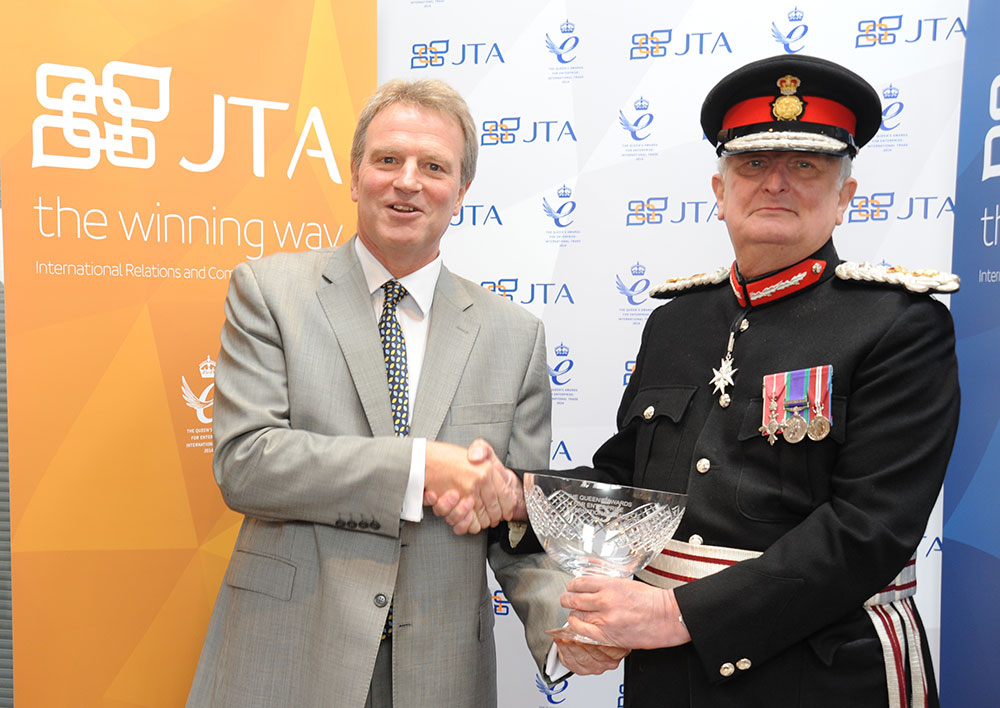 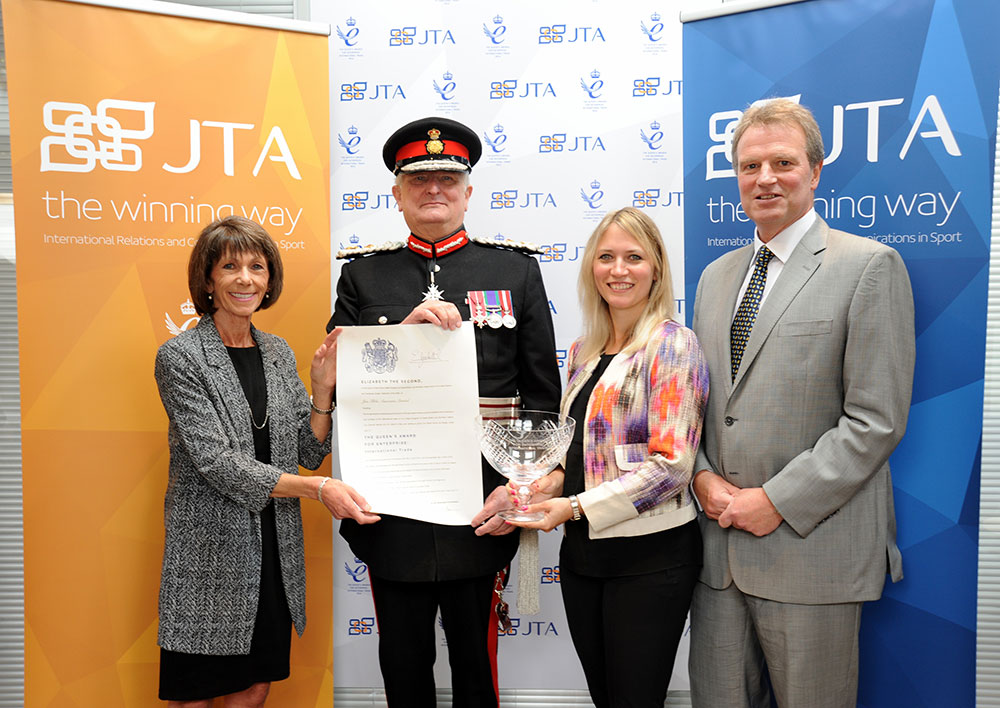 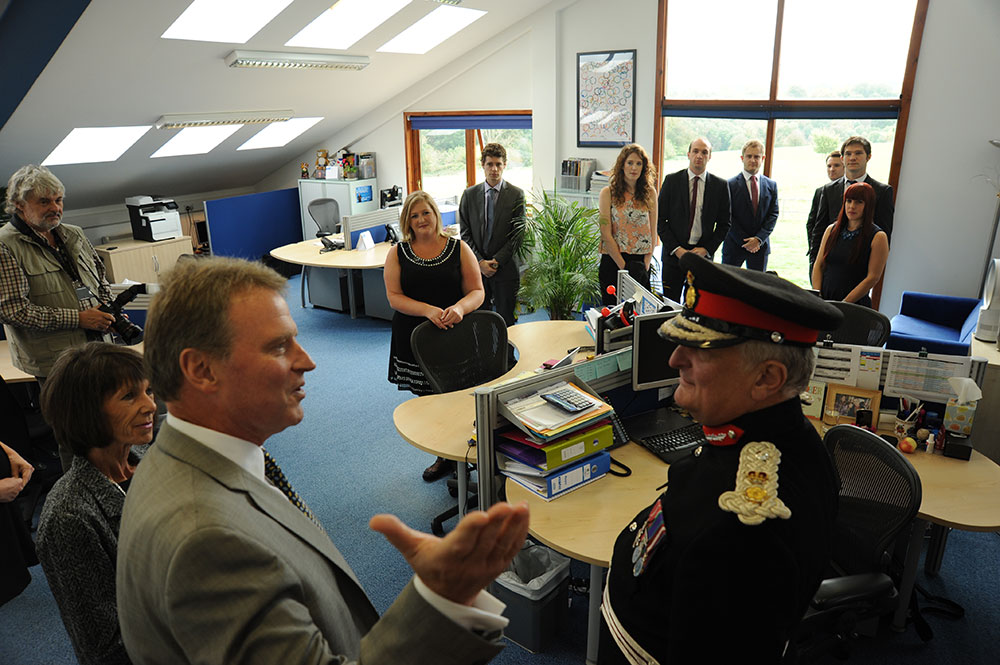